IYC threatens to shut down NDDC office over interim c’ittee 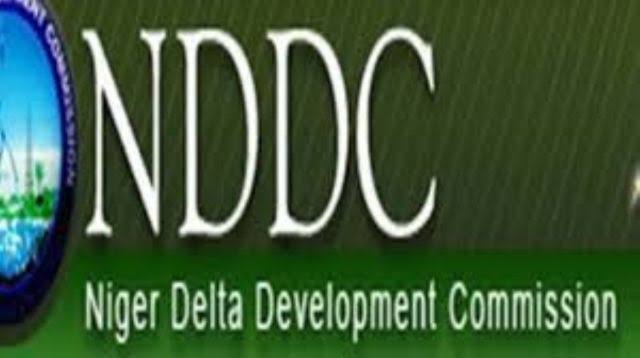 The Ijaw Youth Council (IYC) yesterday said it would embark on a mass action and to shut down the NDDC office in Port Harcourt if the NDDC interim committee created by the minister of Niger Delta Affairs, Goodswill Akpabio, is not dissolved, and the NDDC board inaugurated

They demanded the immediate desolution of the interim committee and to inaugurate the the board of the NDDC which member list had been sent to the Senate by Mr president for approval.

They also sought that the forensic audit of the commission should be supervised by the president himself and not the Niger Delta Affairs ministry.

Omare said if the demands were not met the IYC would be left with no other option than to embark on a mass action and SHUT down the NDDC office in Port Harcourt.

He said the crisis the ministry had thrown the NDDC into would derail and slow  the development of the region saying that virtually all the roads in the Niger Delta were bad, and that rather than the NDDC going to work it was embroiled in unnecessary crisis, which he said was not in the interest of Niger Delta region.

He said “It would be recalled that President Buhari through the office of the Secretary to Government of the Federation in August, 2019 announced the appointment of the Board of NDDC with Chief Bernard Okumagba as Managing Director and Chief Odubu as Chairman subject to senate clearance. On Tuesday, October 29, 2019, the names of the newly appointed board members were forwarded to the Senate for clearance and the Senate President, Ahmed Lawal directed the Senate Committee on NDDC led by Senator Peter Nwaboshi (Delta North) to do the screening within one week. However, to the utter consternation of Niger Deltans and Nigerians, in the evening hours of October 29, 2019, Chief Akpabio announced the appointment of a three man NDDC interim management committee led by one Mrs. Joy Ghene Nuieh as Acting Managing Director.”

“The IYC completely reject the interim management committee set up by Chief Akpabio because it is illegal and not in the interest of the NDDC and the Niger Delta region to set up such a committee when the Senate has begun the screening process. “