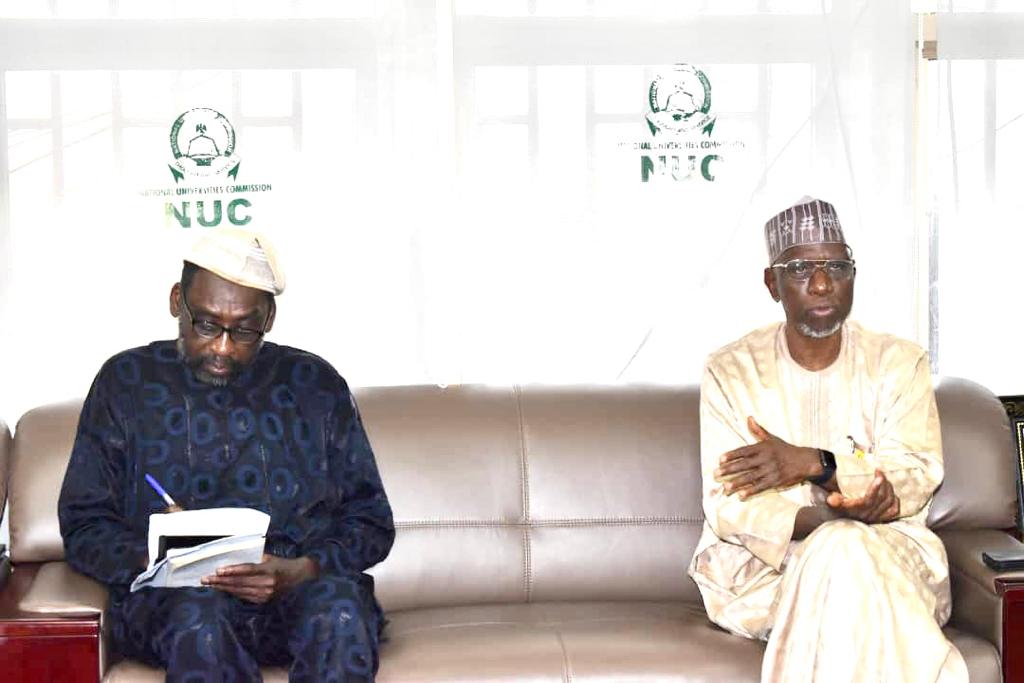 Directors of the four Inter-University Centres (IUCs) in the country have been charged to work tirelessly to revive the centres in order to meet up with the challenges of the 21st century which indeed, is the purpose for which they were created in the first place.

Giving the charge was the Executive Secretary, National Universities Commission (NUC), Prof. Abubakar Adamu Rasheed at the December 2022 meeting with the Directors and Chairmen of the Boards of the IUCs in his office where he stated that none of the Centres had achieved half of what it should have recorded in terms of giant strides. 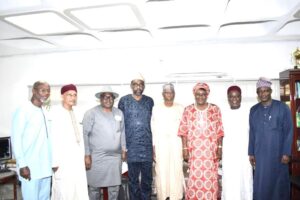 The Executive Secretary observed that the Centres had been under-utilised as it appeared they did not focus on the goals and rationale behind their establishment, urging them to redefine exactly what the Centres needed to be, what to focus, vision and mission through the amendment of their laws to enable them perform optimally.

He explained that the IUCs were more than just mere departments in the Universities as being presently treated, as there were enough Departments of Arabic and French languages as well as those of Mathematics and Nigerian Languages in different universities.

The NUC Scribe reminded that, more importantly, the Centres were established to serve as think-tanks for the Government, Industry and Private sector by meeting their needs and demands to ensure growth and development of the critical sectors of the economy related to each centre, as well as bilateral relations, stressing that for this reason, the need for research was crucial.

He therefore admonished them to collaborate with Universities that offered programmes related to their Centres and that the Commission could only recognise them as degree-awarding institutions after the amendment of their laws to that effect, saying that the Tertiary Education Trust Fund (TETfund) could thereafter give them some interventions.

The Executive Secretary promised that the Commission would help them through the Transnational Education (TNE), by bringing good foreign universities to collaborate with the Centres on French, Arabic and Mathematics with exchange of both lecturers and students and that they could mount a programme together in Masters and PhD.

He directed the Head and Director of each Centre to articulate their challenges and promised that he would bring them to meet the Honourable Minister of Education to brief him on their journey so far.

Earlier, in his remarks, the Chairman of the Board, National  Institute of Nigerian Languages (NINLAN), Prof. Francis Eghokhare informed the Executive Secretary that the Centres were not properly integrated into the Nigerian University System (NUS) and that the Centres needed all the privileges enjoined by the Nigerian Universities to be replicated to them, adding that the Centres were often treated as parastatals and not as IUCs, pleading with the Executive Secretary to use his good offices to bring them to the forefront in all ramifications, so as to be at par with the universities.

While thanking the Executive Secretary on behalf of other Centres for inviting them during the 2022 Retreat of the Commission with the Vice-Chancellors, Prof. Egbokhare affirmed that the Retreat had really reawakened them and exposed them to so many information and impetus that would definitely aid them in the discharge of their core mandates.

The Directors of other IUCS also made individual presentations concerning the peculiarities of their Centres with respect to what would make them more efficient and more productive in line with their core mandates, just as they all pledged unalloyed loyalty to the NUS and the NUC specifically as they redesign and redefine their operational mandates.