It’s not a shame to eat your vomit, Lamido tells Atiku, Kwankwaso, others 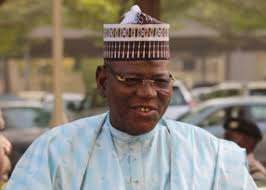 Former Jigawa governor Alhaji Sule Lamido yesterday said there is no crime or shame if those that left the People’s Democratic Party ( PDP) only to return‎ after their sojourn elsewhere.
Former governor Alhaji Sule Lamido who stated this while addressing the Jigawa PDP stalwarts from across the state during a party meeting to replace officers at the state, zonal or ward level that have either died or cross carpetted to other political parties that, “in politics, there is no shame when one eats their vomit because there shouldn’t be any compulsion in ones political ideology”.

READ ALSO:http://Things to consider when eating out

Sule Lamido ‎ said those that have left the party simply because,” we have lost elections would soon realise that it is only the PDP that was built on real people oriented ideology against those political parties that hinge their merit on individuals”, he stated.
Lamido who beckon those that have left the party to return declaring that, “it is the choice of a son who soils his mothers bedspread to wait for the sheet to dry and return to the same bed or change to another bed entirely”, he stated.
The former Jigawa governor said the PDP is like the mother and those leaving the party should be treated as the sons which he said the mother shouldn’t be blamed for their misdeeds.
Alhaji Sule Lamido ‎said the PDP is a political party that was formed to survive without so called powerful individuals explaining that it doesn’t matter who leaves the PDP because their departure will not ‘kill’ the party.
He noted that the death of Dr. Alex Ekweme and Solomon Lar or the decamping of Barnabas Gemade and Audu Ogbe whom were all former PDP chairmen may not have reduced the party’s strength” or , “even former president Obasanjo tat dumped the party after he was picked from the gulag and made president”.
He said by 2023 Nigerians would witness the demise of political parties build around certain personalities, ” so it wouldn’t matter if people such as Rotimi Amaechi, Abdullahi Adamu, Danjuma Goje left”.‎
Explaining further that the PDP had survived even when Atiku Abubakar and Rabi’u Kwankwaso dumped the party after serving as Vice president for eight years and governor for eight years respectively under it only for them to return which is an indication that suggests that it (PDP) belongs to the people.
‎He urged the party members to practice politics that promotes physical developments such as provision of water, health care, education and other infrastructures that would be of benefit to the people.
The former governor advised the supporters not to leave the party no matter what happened “even if I leave the PDP don’t leave but stay”, he pleaded with them.