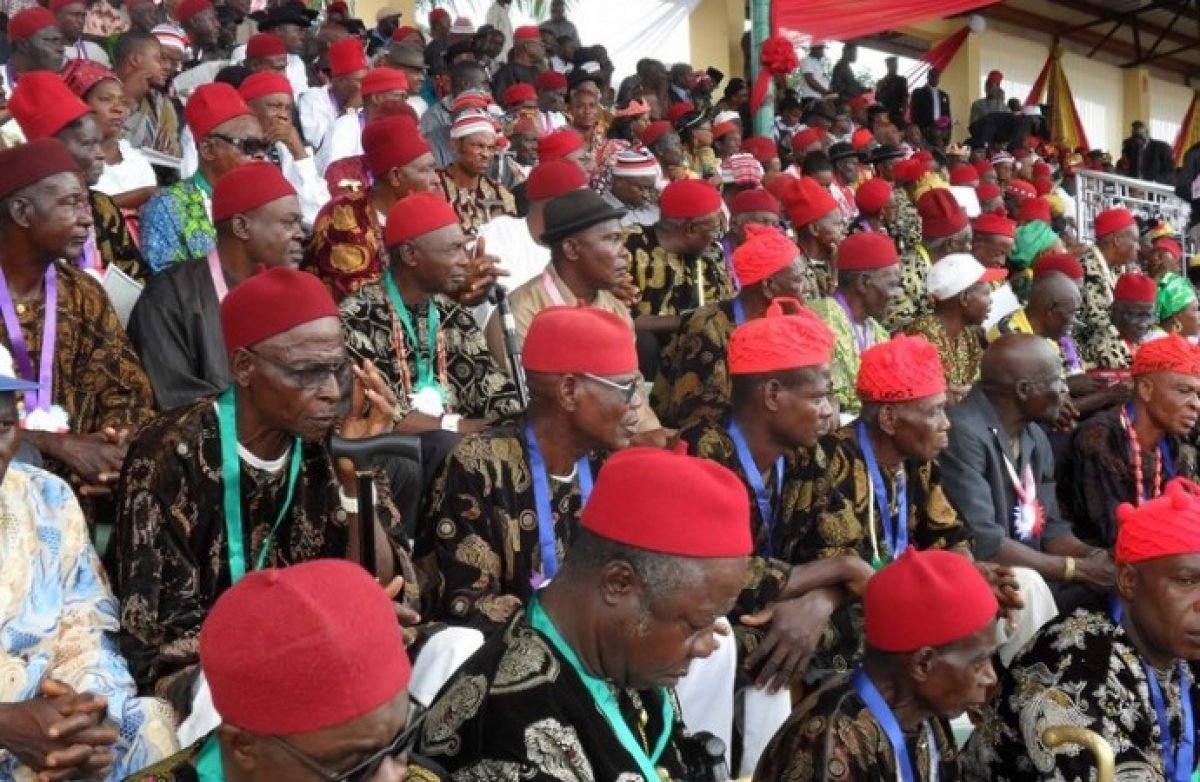 Ohanaeze Ndigbo Worldwide, the apex socio-cultural organisation in Igbo land says Igbo Presidency in 2023 will bring an end to the activities of secessionists in the southeast.

The organisation said it would be devilish and wicked to scuttle the 2023 Igbo Presidential project on the altar of Biafra agitation.

The Secretary-General of the organisation, Chief Okechukwu Isiguzuro, said this in an interview with Punch in Abakaliki, on Sunday, November 14, 2021.

“2023 Igbo Presidency is very feasible and any attempts to derail the project anchoring it on the activities of the secessionist agitations in South-East is not only devilish but mischievously wicked”, he said.

“The consequences of denying the Igbo the 2023 Presidency will strengthen Biafra agitations and it will sink Nigeria’s corporate existence and threaten its unity.

“The expectation of Igbo to achieve the desired results of having an Igbo succeed President Buhari in 2023 is ongoing.

“The only way to end the secessionist movements and stop them from armed struggle is for the Federal Government to opt for a political solution to the problem of Biafra agitations, which Igbo Presidency is one of it. A Nigerian President of Igbo extraction will end the activities of IPOB.

“Secondly, there are ongoing talks with the Northern Elders and the Arewa chieftains, especially the youths. We believe that the discussions through sincere engagements will change the Northern fears over the 2023 Igbo Presidency.

“The major political parties are the targets for Ndigbo to achieve this project; there are backstage activities ongoing that will justify the end of the process of making Igbo realise the 2023 Presidency.

“No politician has openly declared interest in the 2023 Presidency, except former Senate President, Puis Anyim and chairman of Nigeria Pharmaceutical Association, Mazi Sam Ohuabunwa and that’s in PDP. We are expecting the likes of Senator Rochas Okorocha, Chibuike Amaechi, and others in APC to join the race by 2022 first quarter.

To actualise the Igbo presidency in 2023, Isiguzuro said the southeast needs to engage other sections of the country especially the North.