Israel shoots at own civilian aircraft, mistaking it for hostile jet 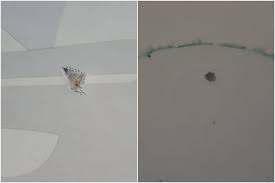 Israeli troops in the Golan Heights fired at an Israeli civilian aircraft on Wednesday night, having misidentified it as a hostile plane which they thought had infiltrated from Syria.

An army spokeswoman told dpa on Thursday that the troops, believing that the aircraft posed an imminent threat, fired at it until they realized it was an Israeli aircraft.

No injuries were reported.

The pilot involved in the incident told Israeli news site Ynet that he was “a metre and a half away from disaster”.

The pilot, who had the required permits for the flight, said that he felt a knock on one of the plane’s wings and at first thought it was a bird, Ynet reported.

He added that he then noticed that fuel was leaking from his aircraft.

“This is a serious incident which is being reviewed,” the army spokeswoman said.

Israel seized the strategic Golan Heights from Syria in the 1967 Arab-Israeli war.

Israel annexed the territory in 1981, though this move has not been recognised internationally, other than by the U.S. earlier in 2019.