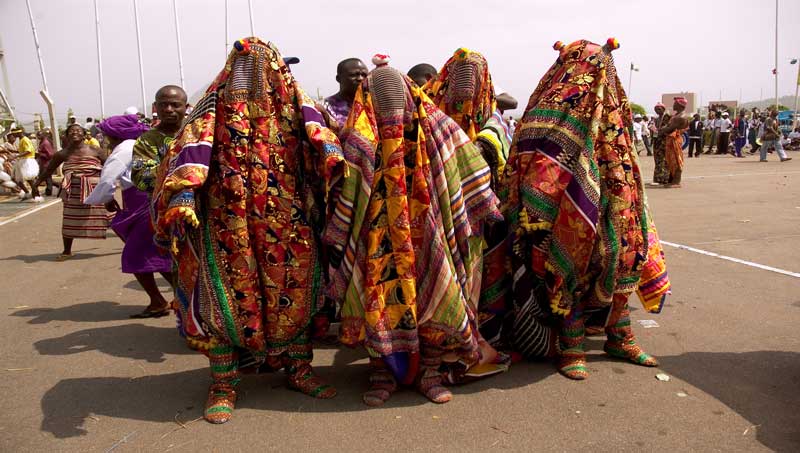 This year’s edition of Ogun Onire Festival in Ire Ekiti, Oye Local Government Area of Ekiti State, will be devoid of brandishing of canes and flogging one another.

The Chairman of the Planning Committee, Chief Femi Ajayi, made this known to newsmen at a news conference in Ire Ekiti on Friday.

According to him, the reason for the ban is part of new innovations aimed at rebranding the festival.

Some people believed that when Ogun (the god of iron) was coming into the world, his first port of call was Ire Ekiti.

Hence the people of the town decided to be celebrating Ogun on yearly basis.

Ajayi said the people of Ire Ekiti had gone many miles in their efforts to enhance peaceful celebration during the forthcoming Ogun Onire Festival.

“The Ire Ekiti Community apart from banning the use of cane during the festival has also embarked on the publication of community bulletin to create awareness of the innovations being brought into the celebration of the festival.

“I can assure that on this 2019 Ogun Onire festival, we are going to impress the world.

“This year’s Ogun Onire festival will be different. It will be the best ever as we have re-organised and rejigged the order of procession in line with the dictate of time and moment.

“There are many positive innovative modifications which the Committee has brought to bear on the festival,’’ he said.

According to him, one of these is the fact that procession which was hitherto, done with the cane, will be done with palm fronds.

Ajayi commended the Governor of Ekiti, Dr Kayode Fayemi, for being cultural friendly.

He said: “We are grateful to him for being a special breed of men in power who do not mow down the cultural heritage of his people.’’

According to him, the governor has because of his keen interest in culture created and empowered Ekiti State Council for Arts and Culture and appointed seasoned cultural experts to manage its affairs.

He commended the Director-General of the Council, Mr Wale Ojo-Lanre for his resourcefulness and agrarian efforts at implementing the cultural vision of Fayemi.

He pointed out that Ojo-Lanre is a God-sent driver for the branding of Ogun Onire Festival.

“He is a wonderful cultural enthusiast and developer. We thank God for his life, “ Ajayi said.

He called on all lovers of Ire Ekiti to use the opportunity offered by the festival to visit the town on Saturday Aug. 3 for the 2019 Ogun Onire Festival. (NAN)