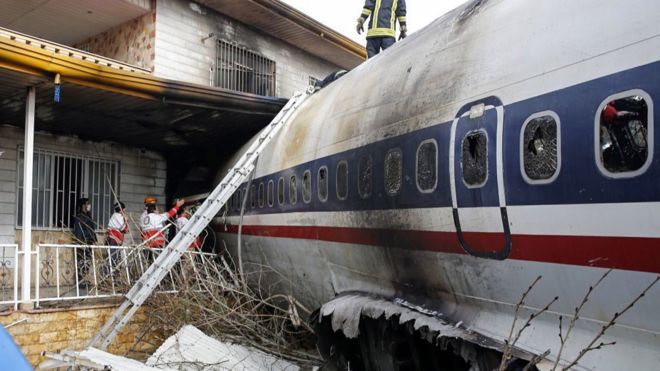 A cargo plane crash near the Iranian capital, Tehran, has killed 15 people.

The Boeing 707 came off the runway and hit a wall while trying to land at Fath airport in Karaj, 40km (25 miles) west of Tehran, reportedly in poor weather.

The Iranian army said only one person – a flight engineer – of the 16 people onboard was found alive, and taken to hospital.

The plane’s “black box” voice recorder has been found at the crash site, local media reported.

An army spokesman confirmed to state TV that the plane belonged to Iran, and that all those on board were Iranian citizens.

Fath airport belongs to Iran’s elite Revolutionary Guards Corps, and is located in the central Iranian province of Alborz.

The cargo aircraft was transporting meat from the Kyrgyz capital, Bishkek.

Its wreckage was found near houses between Fath and another airport, Payam International Airport. (BBC)

Pinnick: Winning AFCON is major focus for this year