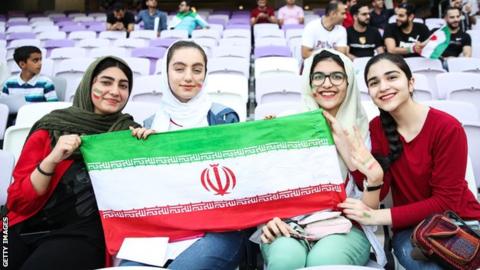 Iran’s Football Federation (FFIRI) has agreed to allow women to attend upcoming 2022 World Cup qualifiers of their men’s national team but that approval from the government is still needed.

The ruling body FIFA on Thursday said that a letter from its president Gianni Infantino with a July 15 deadline for progress on the matter “has been answered positively” by Iran Football Chief, Mehdi Taj.

“Mr Taj confirmed that the requested access has been approved by the FFIRI Executive Committee and that the matter has been taken up directly with the Minister of Sports and Youth in Iran.

“This is with a view to ensuring that all relevant approvals are obtained so that women will be able to attend the qualifiers of the FIFA World Cup,” a FIFA spokesperson said.

Women in Iran have been largely banned from entering stadiums since 1981, shortly after the 1979 Islamic revolution, with ultra-conservative clerics arguing they should not witness frenetic male fans and their pithy slogans.

Infantino wants the issue resolved before 2022 qualifying starts in September.

Iran’s opponents are Iraq, Bahrain, Cambodia and Hong Kong in a campaign which also serves as qualifiers for the 2023 Asian Cup. (NAN)

Naira exchanges at N361.16 to dollar at investors window