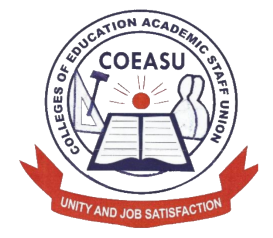 The Colleges of Education Academic Staff Union (COEASU) has decried what it called ‘poor implementation’ of the Integrated Payroll and Personnel Information System (IPPIS)in their institutions nationwide, saying it has led to “obnoxious taxes, third party deductions and non-payment of scholars on sabbatical leave”.

The body, however, urged that the IPPIS office and the Office of the Accountant General of the Federal must address the anomalies in the payment system to avert an industrial action by the lecturers.

COEASU President, Nuhu Ogirima said, in Abuja, that the IPPIS had turned to be an exploitative tool to deduct taxes without recourse to the negotiated tax which lecturers agreed with their respective state governments.

Ogirima, in a communiqué, added that other issues such as reductions in salary and non-inclusion of lecturers on sabbatical leave were worrisome, citing the Federal Capital Territory College of Education, Zuba, Abuja, where lecturers had yet to get their full salaries restored.

The COEASU president said, “Members of our union had been opposed to the enrolment of the academic staff of colleges of education on the obnoxious pay platform, IPPIS, until December, 2019, when it was imposed.

“Quite a substantial development has occurred since the utilisation of the platform to effect payment of salaries since February 2020.

“For instance, the non-payment of April 2020 salary, as at May 11, has been attributed to system failure. This does not augur well for the government.

“Also, IPPIS is an exploitative tool; the deduction of obnoxious tax, without recourse to the negotiated tax which our members had agreed upon with their respective state governments, is evident exploitation.

“Same reason can be adduced for the persistent deduction of members’ salary for the National Housing Fund, to which they did not subscribe.”

The OAGF has flagrantly refused to remit to the union the dues deducted since the utilisation of the pay platform to effect payment of salary of members.

The non-remittance of our union dues, more than two months after its deduction by OAGF, also amounts to not only a breach of trust but a contravention of the law.

“Should the challenges persist, the leadership of the union would have no option but convey an emergency session of the National Executive Council to take appropriate industrial decision towards redressing the situation.”

Ibrahim Gambari known to Buhari for over 40 yrs, he’s a member of the cabal – Deji Adeyanju