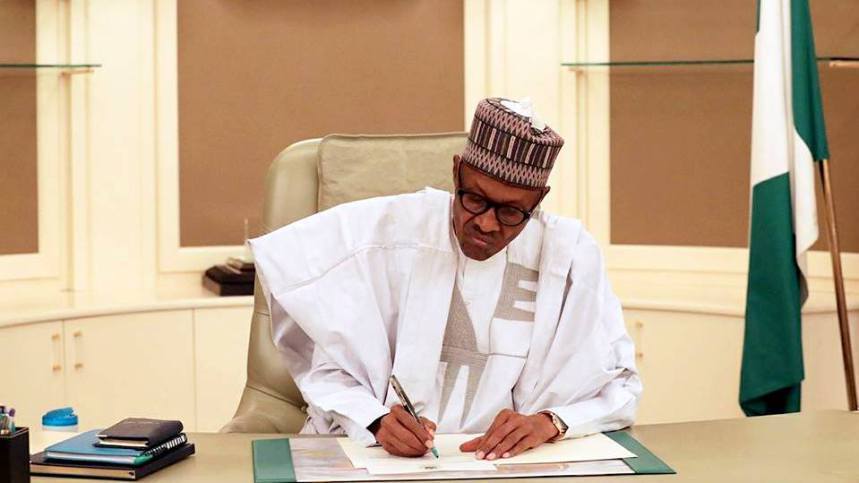 Minister of Finance, Budget and National Planning, Mrs. Zainab Ahmed, says President Muhammadu Buhari has ordered that no federal civil servants should be paid salaries henceforth, effective from October, until they were enrolled on the Integrated Payroll and Personnel Information System (IPPIS).

She explained that although the affected workers would not be disengaged from the service, the move was to compel those individuals and agencies who were reluctant to join the payment platform to do that.

Speaking at a town hall meeting on the breakdown of the 2020 budget proposals, the minister insisted that no agency of the government was exempted from the IPPIS, stressing that though members of the polytechnics and universities had objected to being enrolled because of the peculiar nature of their operations, they are nevertheless to comply.

She said the platform was designed to plug revenue leakages in public finances.

It further emerged that the federal government is seeking to finance the 2020 budget with about N237 billion it hopes to recover from looted public assets.

The minister, however, disclosed that the sum of N450 billion has been earmarked for fuel subsidy payment or what has been renamed as under-recovery by the Nigerian National Petroleum Corporation (NNPC).

She emphasised that going forward, key reforms such as the Strategic Revenue Growth Initiative (SRGI) would be implemented with increased vigour to improve revenue collection and expenditure management.

Mrs. Ahmed noted that in furtherance of the Federal Government’s objective of greater comprehensiveness and transparency in the budget process, its budget from 2020 would reflect the revenues and expenditures of Government Owned Enterprises (GOEs) and the multilateral/bi-lateral project-tied loans and related expenditures.

She stressed further that achieving fiscal sustainability and macro-fiscal objectives of government would require bold, decisive and urgent action, saying: “The government is determined to act as may be required.”