IPOB: ‘We’ll talk to them in the language they understand’, Buhari insists 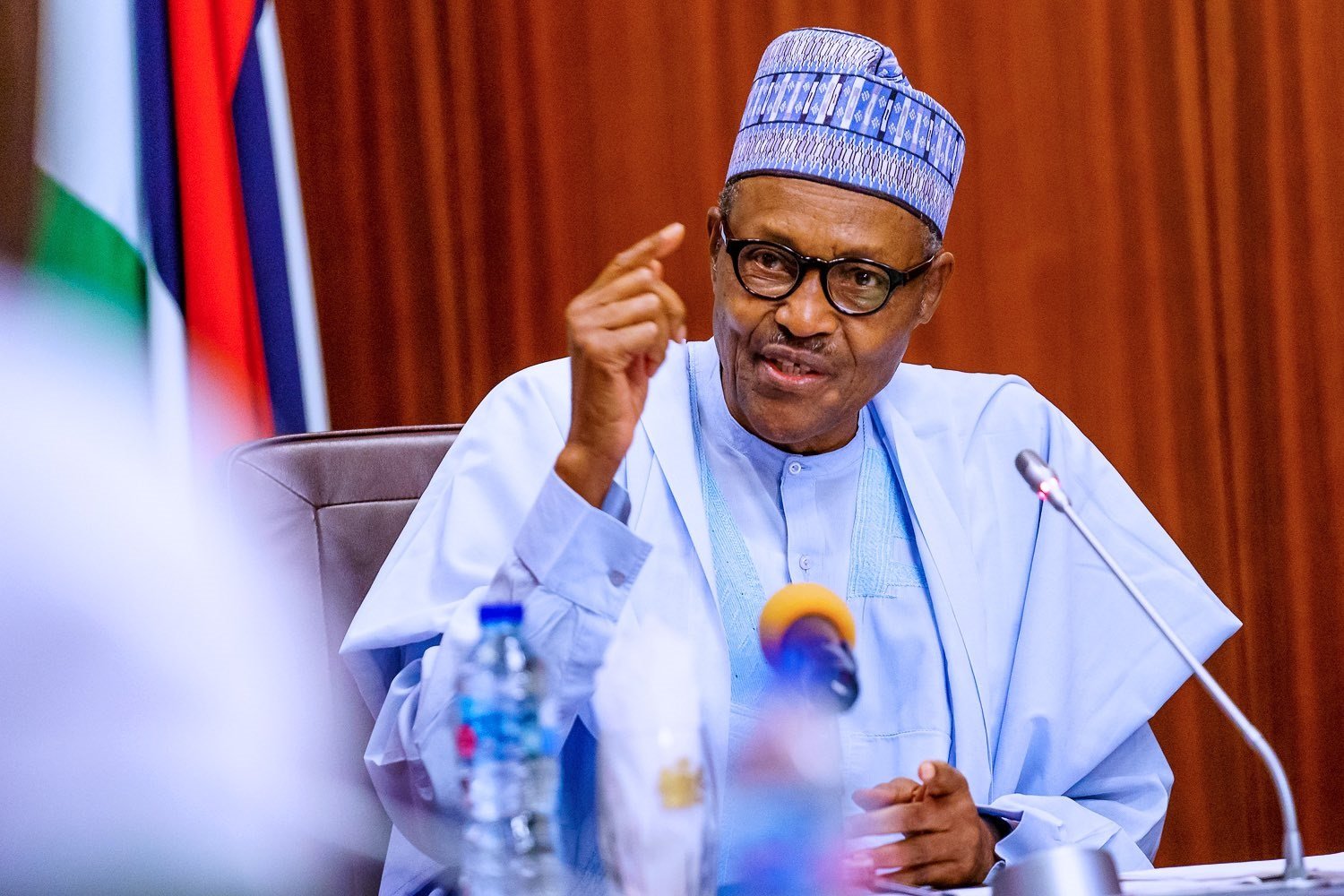 President Muhammadu Buhari, on Thursday, reiterated his earlier position that those clamouring for secession in the South eastern part of the country be handled in the best way possible, insisting that “we’ll talk to them in the language that they understand.”

President Buhari said this in an Exclusive Interview he granted Arise TV as monitored by The Nigerian Xpress.

The President described the Indigenous Peoples of Biafra (IPOB) clamouring for secession as ‘a dot in a circle that has nowhere to go’.

President Buhari was quoted as saying, “That IPOB is just like a dot in a circle. Even if they want to exit, they will have no access to anywhere.

“And the way they are spread all over the country, having businesses and properties, I don’t think IPOB knows what they are talking about.

“In any case, we say we’ll talk to them in the language that they understand. We’ll organise the police and the military to pursue them.”

President Buhari also said that he has been assured by ‘the elderly people’ and ‘the youths’ from the South-South part of the country that their region has no intention of seceding.

He said IPOB would not have “access to anywhere” even if they eventually secede from the country.

The President then reiterated his statement that IPOB members will be treated in the ‘language that they understand’.

“I was encouraged by what I heard, nobody told me. Two statements from the south-south. One by the elderly people, they said this time around there would be no (secession). And again the youth made the same statement; such encouragement,” President Buhari said.

IPOB has been agitating for the secession of the South-East.

JUST IN: Whoever wants to succeed me better join APC now – Buhari