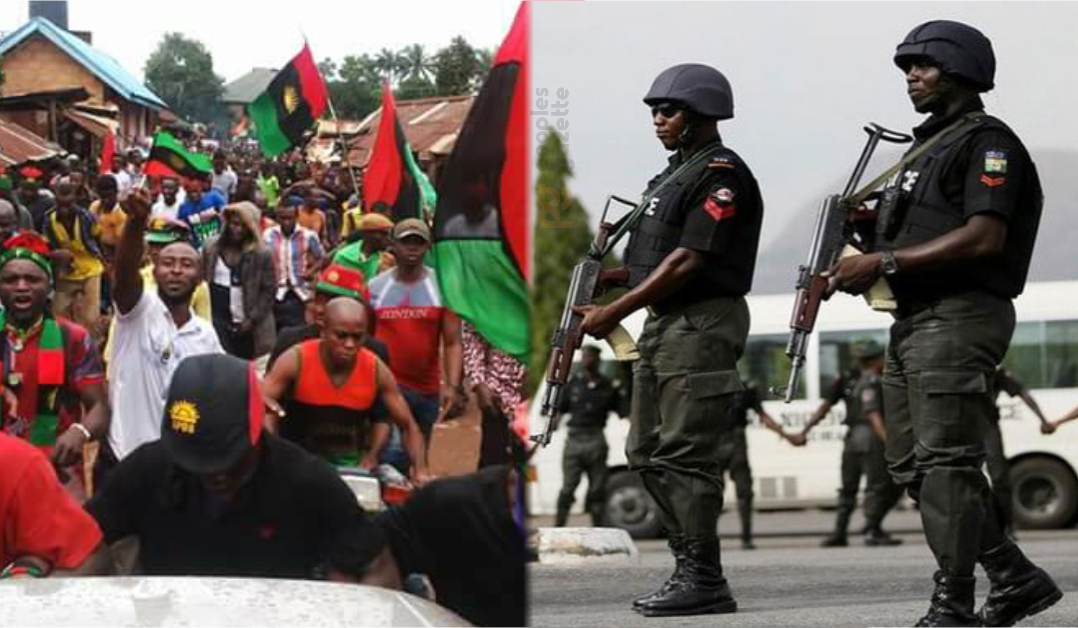 IPOB, The Indigenous People of Biafra has denied calling for the boycott of the Anambra governorship election scheduled to hold on Saturday, November 6.

The secessionist group in a statement released by its spokesperson Emma Powerful stated that its priority is to secure the release of its leader, Nnamdi Kanu and not elections.

IPOB further averred that it has not asked anyone to impose the sit-at-home order. It also dissociated itself from a viral voice note warning hotel owners in Anambra to shut down from November 4.

”IPOB wish to correct some misconceptions, unfounded speculations and outright falsehood concerning our position on the forthcoming November 6 governorship election in Anambra state.

“First of all, we wish to reiterate that IPOB did not at any time issue an order or call for the boycott of the said election contrary to misconceptions in certain quarters. IPOB has nothing to do with the Anambra election. Nobody should therefore link us with the election. The freedom of our Leader is what matters to us and we don’t need distractions.

“The priority of IPOB is to secure the unconditional release of our Leader, Mazi Nnamdi Kanu who has been illegally detained since his rendition to Nigeria. All we said was that if by November 4 those who abducted, renditioned and illegally detained him fail to release him unconditionally, Biafrans shall embark on civil disobedience of a one-week sit-at-home beginning from November 5 to November 10.

I told Obi Cubana to be careful -Deji Adenyaju

“We want to categorically state that IPOB has not asked anybody to monitor or enforce compliance to any sit-at-home as this is unnecessary because Biafrans willingly and consciously obey IPOB’s call for Sit-At-Home.

“Our people are all fed up with their suffering and oppressive conditions imposed upon us by the contraption called Nigeria and do not need any persuasion to do the needful.

“We also wish to totally dissociate IPOB from a viral voice note warning hotel owners in Anambra to shut down from November 4. The said voice note never emanated from IPOB. It’s another handiwork of our oppressors in their desperation to implicate IPOB. We, therefore, urge members of the public to discountenance such rubbish. IPOB under Nnamdi Kanu is not the author.

“We, therefore, warn that anybody caught trying to use the name of IPOB to foment trouble in Anambra State or any part of Biafra land will regret his or her actions. IPOB has never told anybody or group to boycott the Anambra election. We are only interested in the freedom of our leader Mazi Nnamdi KANU.”

I told Obi Cubana to be careful -Deji Adenyaju