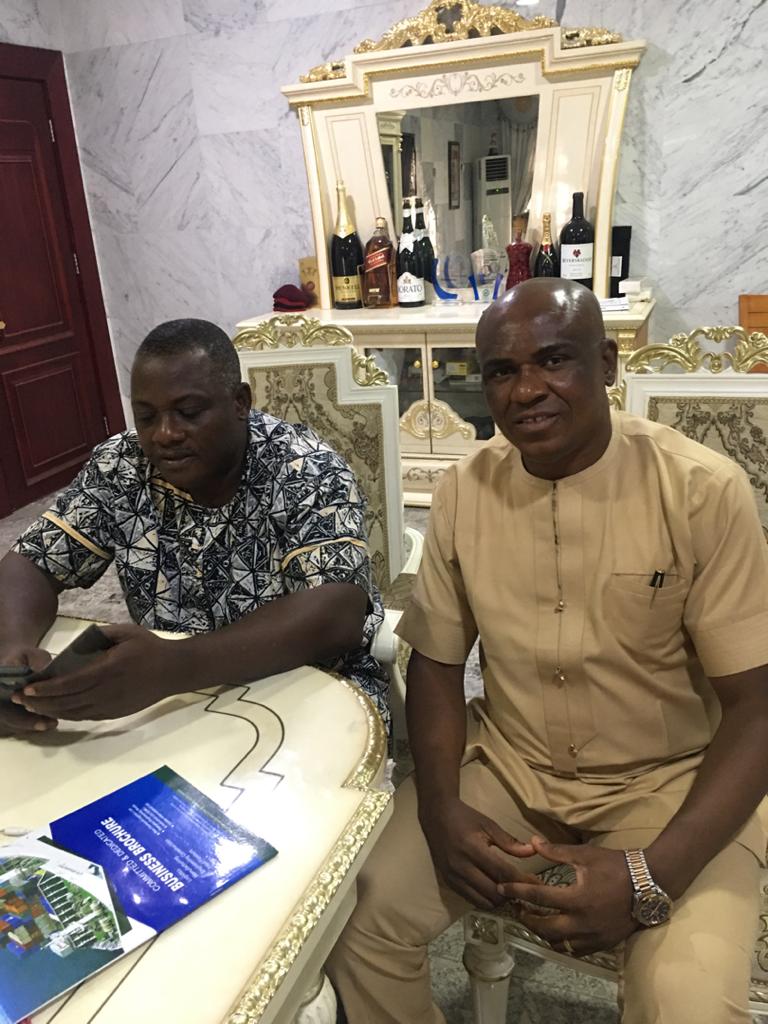 It was a coming together of two manufacturing bigwigs yesterday when Mr. Festus Mbisiogu, MD Shanghai Engineering Works and Industries Limited, paid a courtesy visit on Chief Innocent Chukwuma, Managing Director of Innosson Group in his office.

Mbisiogu, who is also the brain behind Blue Diamond Logistics, said the visit to the IVM boss, whom he fondly described as his mentor and friend, was principally to commend Chief Chukwuma for his giant strides in the industrial sector, adding that it was to also afford him another opportunity to tap from the wealth of knowledge and experience of Innoson.

He said it is no mean feat for Innosson establishing an automobile manufacturing industry in the hugely challenging business terrain of today’s South East Nigeria and that the IVM boss deserves all the solidarity, support, commendation and, of course, patronage, from both the goverment and people of Nigeria.

According to Mbisiogu, the automobile industry has helped immensely in reducing the rate of importation of automobiles which in turn, has greatly reduced capital flight from Nigeria.

With this huge investment, the SEWIL boss noted, Innoson has also helped in reducing unemployment and increasing employment among the teeming youths, thereby saving them from indulging in social vices capable of ruining them.

Mbisiogu, who was within the Nnewi, Anambra industrial axis, also used the opportunity to salute the pioneering roles of the promoters of the Ibeto Group, the Chikason Group and the Coscharis Group. He said their foresight in industrialising Igboland had helped to write their bames in gold.

He then called on other Igbo industrialists to also key into this onerous task of industrialising Igboland, even as he appealeld to the Federal government to help make the environment more conducive for businesses to survive and thrive in the South East.

Mbisiogu particularly identified the issue of steady power supply and general security, among other incentives.

In his response, Chukwuma commended the humility of Mbisiogu, pointing out that it was particularly humbling that the Blue Diamond boss, who is a success story in his own right, could still be looking up to Innoson for inspiration.

He thanked him for the visit, even as he advised the younger industrialist “to pursue the production of quality products in his factories”, as that is what will eventuallystand him out.

According to the Innoson boss, “it may take time for the society to adjust to the purchase of quality products but it is the only thing that is capable of pitching you favourably in the industrial manufacturing sector

Why Nigeria Customs is yet to reduce vehicle tariffs — Hameed Ali