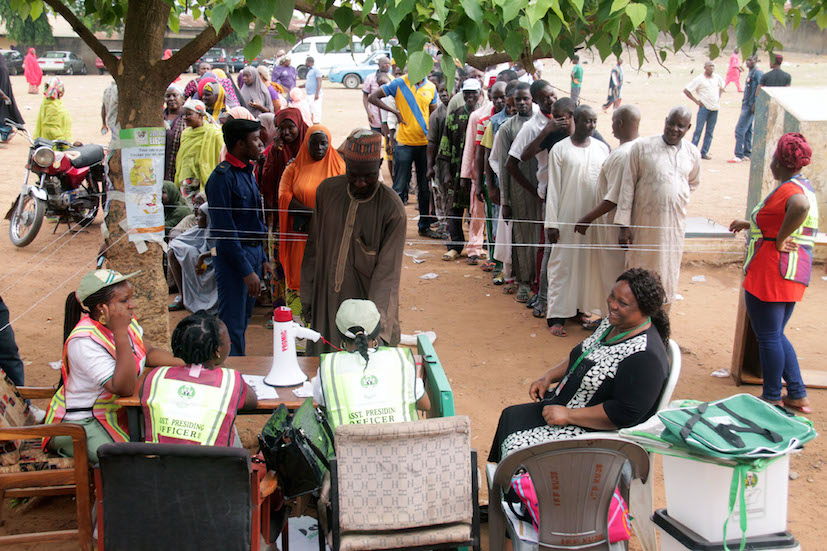 The Independent National Electoral Commission (INEC), says it has registered a total of 1, 407, 335 voters in Kwara ahead of the 2019 general election.

INEC Resident Electoral Commissioner (REC) in the state, Malam Garba Madami made this known on Wednesday in Ilorin in an interview with the News Agency of Nigeria (NAN).

Madami expressed satisfaction with the level of collection of the PVCs, expressing optimism that before the election, all the remaining PVCs would have been collected by their owners.

“I am very confident that before first week of February, every registered person in the state will have collected his or her PVC,” the REC added.

Madami added that INEC was ready and prepared for the 2019 general election, adding that it had inaugurated five committees for the smooth prosecution of the election in the state.

“I thank God that INEC has released fund to the state very early, so we don’t have any excuse not to be well prepared for the election.

“All that is required of us is to strategise to ensure that we conduct free, fair, credible and acceptable election.

“There is going to be training sessions particularly on the use of Card Readers, so that we can achieve 99.9 per cent perfection in the use of the machine because the election is going to count,” he said.

He warned politicians that no form of illegality or fraud would be allowed during the election.

“I have said it over and over, 2019 election will be the best election ever organised in the country,” the REC added.

Madami therefore appealed to politicians in the state to stop heating up the polity and stop inciting the people.

“The people should be wiser because politicians, anything they say, we should question and verify what they say because some of them are just heating up the polity,” he said.

Madami also advised voters to be peaceful when voting and eschew violence during the election. (NAN)