INEC job and the burden of Lauretta Onochie

Many watchers of the political scene, particularly the ‘lame-duck’ National Assembly, last week, and for a long time, had something to cheer about.

To many [and the number is rising by the day], who are daily traumatized by the inclement ecosocial weather occasioned by the harsh policies of the Muhammadu Buhari regime, the Senate’s disapproval of the Lauretta Onochie nomination to the Independent National Electoral Commission (INEC) was somewhat a source of joy.

But I dare say it is too early to celebrate. What do I mean? Well, in the language of the ‘Woke’ generation, if you know, you know, after all, the same Senate voted against electronic transmission of election results. But that’s a subject for another day.

Another thing that gave millions hope that there may be light at the end of the tunnel after all was the subtle but bold initiative by the mainstream news media opposing the government’s draconian moves to gag the press. The newspapers had kicked off a protest against a legislative bill in the parliament that would allow the authorities to tighten control on the news media.

Something else also happened in the same week. The sponsor of the Anti-Mob Legislation at the House of Representatives, Emeka Martins Chinedu, announced to withdraw the bill for the public outcry against it or what he termed as a misrepresentation. Whatever!

He said the bill to outlaw jungle justice per se, basically to stop killing of innocent people through mob action, was grossly misconstrued as seeking to jail protesters, an interpretation that attracted the angst of civil society groups.

Hon. Chinedu from Ahiazu-Ezinihitte Mbaise Federal Constituency, Imo State, told the Vanguard newspaper, “For the sake of peace, I have decided to withdraw the Bill … I don’t want this needless controversy to linger.”

Good. Nigeria does not need the controversy around that bill at this time, more so as the interpretation of what constitutes mob action can easily be twisted in this instance.

This brings us back to the ‘front-page protests by the media. Monday, July 12, 2021, major national dailies had “Information Blackout: This is what the National Assembly wants to achieve with the NPC and NBC (Media) Act Amendment Bills,” boldly printed on a black background on their front pages. The aim was to raise support against the proposed amendments.

The agreement to stage a front-page protest was reached at a meeting of the Nigerian Press Organization (NPO) in Lagos a week earlier.

The solidarity continued Tuesday and Wednesday with a front-page editorial on the same issue also carried by all the major dailies. The aim remains to raise awareness and mobilize public support against the bills.

The bill, which is an attack on freedom of speech, if passed into law, would give greater powers to two regulatory bodies, the Nigerian Press Council and the Nigerian Broadcasting Commission.

The newspaper owners and practitioners describe it as draconian, anti-press freedom, and a poor mix and resurrection of the obnoxious Public Officers Protection Against False Accusation Decree No. 4 of 1984 and the Newspapers Registration Decree 43 of 1993, both vestiges of the dark days of military rule.

It assumes that there are no extant laws to penalise media infractions and exact restitution for the aggrieved persons and when passed into law, the amended NBC law would be no less annoying, “making the Minister of Information the monster minister with sweeping powers to make and enforce regulations online and offline,” the media groups argued.

Expectedly, the authorities pushing the bill would want you to think otherwise. According to them, it is intended to curb fake news. The MP who initiated the amendments, Olusegun Odebunmi, said the changes are not an attempt to gag the media but intended, instead, to curb fake news. Akụkọ!

Even the blind can see that the bill is intended to give authorities the power to hit media outlets and journalists with huge fines and up to three years in jail for journalists. And you ask where exactly is the Buhari-APC government taking Nigeria to? 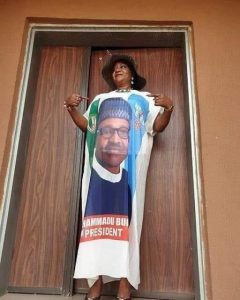 Debates on the bill began amid the government’s move to tighten regulations on social media. Recall that just last month the federal government suspended Twitter in Nigeria for deleting a comment by President Buhari.

The authorities are yet to reverse the ban, claiming, instead, that falsehoods promoted on such platforms could trigger violence. A laughable excuse, you would say, considering that rampaging Fulani herdsmen and Boko Haram terrorists who have been on a killing spree cannot be said to have much business with Twitter or other social media platforms.

It is also noteworthy that since the transition to civilian rule in 1999, media sanctions became more frequently discussed from when Buhari was first elected in 2015.

Between 2017 and 2019, lawmakers have considered a bill to regulate social media, and another bill proposing the death penalty for anyone promoting hate speech about the government. Both bills were suspended after a public outcry. And then this in 2020!

As we celebrate the new, concerted steps against the proposed press gag, let’s return to the matter of Lauretta Onochie and her INEC job offer.

As I cautioned earlier, it may be too soon to celebrate the popular triumph at the Senate. regarding Ms Onochie. The Buhari government that tramples on the will of the people is sure bent on having this openly partisan personality, widely held to be a staunch member of the ruling APC, as an INEC commissioner. And the reason for this cannot be far-fetched. The APC may have found a willing rigging tool for use in the 2023 elections.

The case of Ms Onochie is two-fold. In the first instance, she is a card-carrying member of APC. On the other hand, there is already a serving National Electoral Commissioner from Delta State Barr. Mary Agbamuche-Mbu, who was screened and confirmed by the 8th Senate. The Senate announcing Onochie’s rejection, wittingly or otherwise, said little or nothing about her being a party member.

The Chairman of the committee that screened her, Senator Kabiru Gaya (APC, Kano South) acknowledged that the committee received several petitions against her nomination and that of Prof. Sani Muhammad Adam.

His words: “In the case of Ms Lauretta Onochie, having studied her curriculum vitae and other relevant documents, followed by exhaustive interaction around the petitions against her nomination, which she responded to accordingly, including attesting that she is not a registered member of any political party…Therefore, based on the provisions of Section 14(3) of the 1999 Constitution… (as amended) on Federal Character Principle as earlier stated, and for the Committee and the Senate to achieve fairness to other states and political zones in the country, the committee is unable to recommend Ms Lauretta Onochie for confirmation as a National Electoral Commissioner for the Independent National Electoral Commission.”

The decision was approved on the floor of the general assembly and so, Lauretta Onochie’s rejection has been highly applauded by the generality of Nigerians. Allowing an openly partisan politician like Onochie to get into INEC would no doubt compromise any election, even before the first ballot is cast, many have argued.

However, if Nigerians strongly feel they do not want her as one of the electoral umpires, they must stay awake to the cause. Why? Mrs Agbamuche-Mbu, who currently represents Delta State in that capacity, and who Onochie lied to the Senate was representing Cross River State where she’s married, is likely to serve out her term in December of this year.

When that happens, don’t be surprised Ms Onochie’s name may be resurrected for the position. In decent climes, one would expect that after all of the hullabaloo, Ms Onochie will relieve herself of the stress by refusing to be further dragged into the mix. Besides that, the president would have seen a reason not to stir a clear controversy into the polity, but such things don’t happen in Buhari’s Nigeria. Buhari kept re-nominating Ibrahim Magu for confirmation as the EFCC chair. Remember?

So, don’t be surprised if Onochie is re-nominated to the Senate by President Buhari for the same office when Mrs. Agbamuche-Mbu serves out her term. And don’t forget that the 9th Senate is not fully given to rejecting the president’s requests.

If you read Senator Gaya’s response shortly after the de-confirmation, and if Onochie is re-nominated as many think Buhari may do, she would likely be confirmed by the same Senate when the Delta slot becomes vacant. The only thing that might stop this from happening would be sustained public outcry.

The same Senator Gaya, who confirmed that there were so many petitions against Onochie, on the other hand, said the presidential aide was not rejected because of political affiliation.

After the plenary, Sen. Gaya, while addressing journalists, said the committee could not disqualify Onochie based on the records before it. Whatever that means!

Hear him: “Madam Onochie has said she has ceased to be a member of APC…The law said we can only disqualify a card-carrying member of a political party and since she denied her APC membership, we cannot hold that against her.”

Question for the distinguished senator: Didn’t Madam Onochie also tell your committee that Mrs. Agbamuche-Mbu was representing Cross River, not Delta State? Why not believe her?

FOR THE RECORD: STATEMENT TO THE TOM LANTOS HUMAN RIGHTS COMMISSION OF THE UNITED STATES CONGRESS ON THE NIGERIAN SITUATION AT THE RELIGIOUS FREEDOM HEARINGS IN WASHINGTON DC, JULY 13TH, 2021