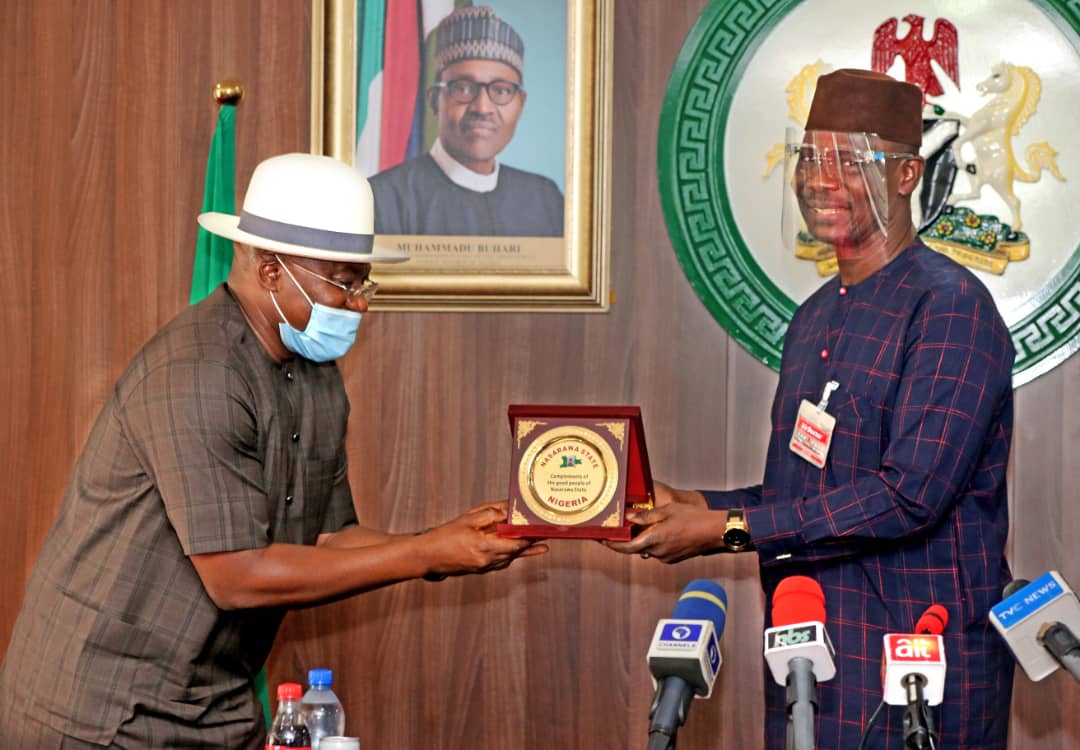 Governor Abdullahi Sule of Nasarawa State has thrown his weight behind two new bills on Nigerian content, aimed at giving Nigerians opportunity to own and operate both oil and non-oil companies.

The new bills are being sponsored by the House of Representatives Committee on Local Content Development and Monitoring.

The governor made his feelings known while hosting members of the House of Representatives Committee on Local Content Development and Monitoring, who were at the Government House to seek his input and support for the two new bills, on Wednesday.

Governor Sule, who couldn’t hide his excitement, described the two new bills namely Nigerian Content Development and Enforcement Bill and a bill seeking to amend the Nigerian Local Content Law 2010, as God’s answer to the struggle he and some colleagues started in the 1990s, in the collective bid to enable Nigerians participate actively in the oil and gas industry previously dominated by the International Oil Companies.

The governor pointed out that the agitation for the Nigerian content is a collective fight, which must be done in the interest of the development of the country.

Speaking from an enlightened background, having rose to the position of the Chief Executive Officer of the erstwhile African Petroleum, Governor Sule, recounted the struggle for the introduction of local content in the oil industry, which led to the death of Niger Delta activist, the late Ken Saro-Wiwa.

He argued that achieving local content in the Nigerian oil industry, will catapult the country on the path of enhanced development.

The governor, however, urged the members of the committee to see their work beyond the oil and gas industry but to consider other God given resources such as solid minerals and agriculture.

Governor Sule equally commended the ninth House of Representatives for changing the name of the law from local content to Nigerian content, which is more encompassing.

“This is the best things that ever happened to this country. By expanding to include the Nigerian content, it is clear that you are not only looking at the oil and gas, you are also looking at other wealth that this country has.

“Nasarawa is lucky as you rightly said. We are blessed not only with agriculture, we are blessed also with minerals, including oil and gas. Unless we can achieve this, we can’t go anywhere,” he stated.

The governor decried the situation where mining activities are taking place in the state without the government benefiting from the process, mostly as a result of some lacuna in the laws governing the mining sector.

As he mark of further support for the work of the committee, Engineer Sule announced a personal donation of N5m towards facilitating a virtual seminar in September, where Nigerians will give their inputs towards the passage of the two bills.

Earlier, in an introductory remarks, Chairman, House Committee on Local Content Development and Monitoring, Hon. Legor Idagbo, sought for the Governor’s support towards amending the Local Content Law 2010, in order to allow more Nigerians participate in the oil and gas sector.

Hon. Idagbo disclosed that aside of that, his committee is seeking to expand the local content to every other sector of the economy, with Nasarawa State standing to benefit because of its abundant natural resources.

“It’s important you support what we are doing in amending the oil and gas law to ensure that Nigerians benefit maximally from it.

“Today, in the oil and gas sector, a couple of Nigerians benefitted because of the NOLGIC Act 2010 but outside that, there are a lot of gaps in the law, that has prevented other people from benefitting,” he stated.

He added that his committee has consulted widely and has identified the gaps in the 2010 Act, in order to allow more Nigerians aspire to rise in the oil and gas sector.

Idagbo urged the state to key into the activities of the committee so that Nasarawa will stand to benefit when the new laws come into play.