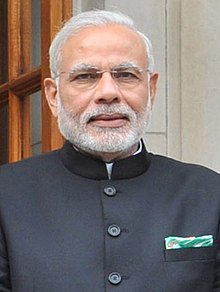 Prime Minister Narendra Modi said he aimed to make “yoga an integral part of the lives of poor’’ as he led thousands of  Indians in marking the fifth International Yoga Day on Friday.

Mass yoga sessions and demonstrations were organised across the country as Modi took the stage at an event in the eastern state of Jharkhand and performed yoga poses with participants including officials and school children.

“We have to take the yoga movement to the next level,diseases make the poor person poorer.

Modi told the 30,000 strong gathering “We have to take yoga from the cities to the villages, to the jungles, to the poor and the adivasis, adding that “Yoga belongs to everyone and everyone belongs to yoga.’’

He said yoga was also a “panacea’’ in the stress-filled and fast-paced world. “In a world where ideologies of hate can potentially divide brother from brother, Yoga stands as a unifying force,’’ he wrote earlier.

Yoga, an ancient discipline first practiced by Hindu sages thousands of years ago, is one of India’s biggest cultural exports, with millions of practitioners worldwide.

Global yoga events were held for the first time in 2015 after June 21 was declared the International Day of Yoga by the United Nations to coincide with the summer solstice.

Footage on domestic media showed military personnel practicing yoga poses with trained dog units as well as on an aircraft carrier in Mumbai and in the high-altitude Himalayas in sub-zero temperatures.

I received N400m from Jonathan, not Dasuki, says Olisa Metuh