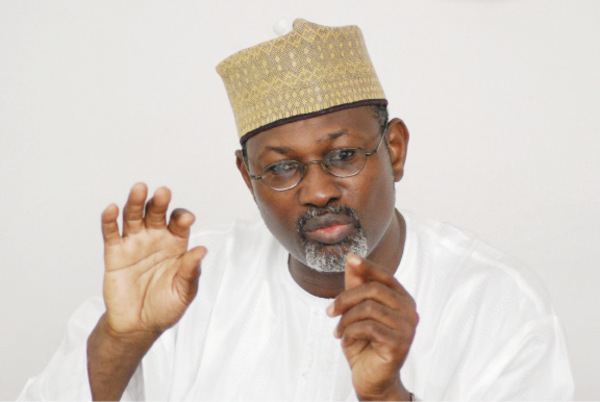 Prof. Attahiru Jega, former chairman of the Independent National Electoral Commission (INEC) says that improving the integrity of elections is key to democratic development of any nation,

Jega said this in Ibadan on Thursday while delivering a lecture to mark the 71st Foundation Day and Convocation of the University of Ibadan.

The former INEC boss spoke on the topic: “Towards Credible Electoral Process and Sustainable Political Systems in Nigeria: What Role for Universities?”, said Nigeria could achieve greater integrity in its electoral process through the collaboration of stakeholders.

“It is generally recognised that fortifying democracy is vital to sustainable development, but what is not as widely acknowledged is that improving the integrity of elections is key to democratic development.

“Sustainable electoral process with requite integrity is the panacea for democratic development in Nigeria and in all African countries struggling with the challenges of democratisation.

“The Nigerian electoral process has historically been flawed and repleted with profound challenges in all three key phases of electoral administration pre-election, election and post-election phases.

“All stakeholders, therefore, must play a positive role in bridging these gaps,” he said.

The former INEC boss commended the role of the academia in raising the bar of electoral administration in Nigeria since 2011.

He, however, called for more collaboration by way of research, advocacy, training and mentoring of all actors involved, particularly in inventing in-house election-related equipment and technologies.

He said improvements were needed in the areas of legal and regulatory framework for elections, utilisation of technology, inclusiveness, transparency, accountability and competitiveness.

Other areas, according to him, are citizens’ trust and confidence in the electoral process to motivate them for greater participation and nurturing of positive agents of democratic development through attitudinal reorientation.

“It is quite possible to bring about a thriving democracy in Nigeria in spite of evident challenges.

“It would only require a more serious and purposeful engagement with and in the electoral process by all the key stakeholders.

“To ensure that it brings the desired quality representation and elected public office holders who are responsible and responsive to the needs and aspirations of the citizens.

“And that would catalyse and nurture good democratic governance.”

Jega said inadequate and inconsistent legal framework for conducting elections had been used by some politicians to their advantage as well as insufficient and delayed funding for elections among other challenges.

Earlier, the Chancellor of the institution, Alhaji Sa’ad Abubakar lll, represented by the Vice-Chancellor, Prof. Idowu Olayinka, said: “all of us should be interested in credible elections that are transparent, free and fair as a bedrock of participatory democracy.”

He commended the former INEC Chairman for his initiative of deploying lecturers in electoral administration in Nigeria.

He said this had proven to be good for our electoral process.

Also speaking, the Pro Chancellor of the university, Nde Joshua said Jega holds an excellent record when it comes to the history of good performance in electoral process in Nigeria.

“Truthfully, our universities have fundamental roles to play in bridging challenges in the electoral process.

“One role is to provide human capital for elections as credible elections are indispensable to the sustainability of our democracy.

“A viable electoral process is germane to the survival of our democracy.

“Kogi and Bayelsa elections are examples that we need a policy that will not only dowse political tension, but will proffer solutions to the political imbroglio we are experiencing in the country presently,” he said. (NAN)