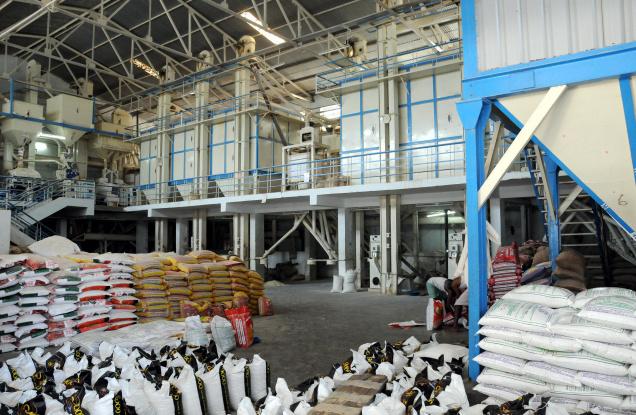 The Lagos State government has said that the Imota rice mill, when completed, will produce 650 bags of 50kg rice per hour.

The Special Adviser to the Governor on Agriculture, Ms Abisola Olusanya, said this while on a tour the site of the mill, to assess the progress of work.

Olusanya, in a statement issued on Thursday in Lagos, expressed satisfaction with the progress of work at the 32 metric-tonnes-per-hour capacity rice mill.

She said that when completed, the mill would be the world’s fourth largest and the biggest in Africa.

The special adviser said that agriculture and food security were important components of the T.H.E.M.E.S Development Agenda of the state government for making Lagos a 21st-century economy.

She expressed government’s commitment to completing the mill, in order to meet the rice demand of the state and indeed, the nation.

”The mill is situated on a landmass of 8.5 hectares of land and each of the two production lines has a capacity of 16 metric tonnes and will produce 650 bags of 50kg rice per hour,” Olusanya said.

She added that the mill was designed, constructed and its equipment installed by local contractors, which underscored the state government’s confidence in the capacity of indigenous engineers.

The governor’s aide said that over 250,000 direct and indirect jobs would be created from the mill when completed, while increased economic activity was also expected at Imota, Ikorodu and the state in general. (NAN)