IMO NORTH, THE RACE IS ON 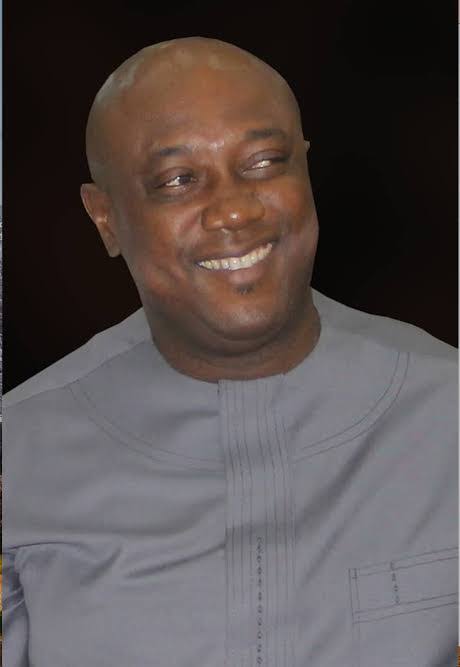 This is the era of politics when aspirants to positions bamboozle the people with all manner of claims, dubious or real. Expectedly, Imo North Senatorial District of Imo State is not left out in the power game.

However, it is time we asked those aspiring to represent us, especially those that had been in higher offices before, what they did for the zone to deserve our votes.

Therefore, it is imperative to appraise the performance of the current occupant of the seat, Distinguished Chukwuma Frank Ibezim and consider whether he is fit for reelection.

Ibezim came to the Senate at a very difficult time, following the unfortunate and unexpected death of Senator Ben Uwajumogu, who then represented Imo North.

Sadly, more than a year after the grievous translation of Uwajumogu on December 18, 2019 till April 27, 2021, Imo North was not represented and could not make any input into the national budgets at the time. Consequently, the zone was at ground zero when Ibezim took over the mantle of representation.

However, the senator took up the gauntlet and rolled up his sleeves to work. In just one year in the Senate, Ibezim made his mark. His presence was felt and the name of the zone resonated across the Red Chamber. He sponsored bills and moved motions; secured several major Federal Government interventions, such as the N30, 000 Survival Funds from the Bank of Industry from which no fewer than 400 constituents benefitted; N60, 000 Special Public Works Programme, with not less than 300 beneficiaries; N500, 000 Covid-19 Relief Loan, with over 200 beneficiaries; N60, 000 Job Security Stipends and N100, 000 National Directorate of Employment Loan, targeting not less than 600 persons.

In all, several Imo North constituents have benefitted from these intervention programmes, which have alleviated the pains and boosted the economy of many households, families and communities in the zone.

He also promoted the Classroom Libraries Project in primary schools in the country, using at least 18 primary schools in Imo North as pilots. The idea is to revive the reading culture in our children. In this regard, he also motivated teachers through cash awards to elicit their commitment and passion for this project.

Sporting is one other area where the distinguished senator left his mark. He showed his love for sports by promoting sports through a football academy and also supported Okigwe youths and their football team to participate in a competition in Enugu.

Five youths from each local government, making a total of 30 also benefited from Ibezim’s cinematography academy programme, which aimed to train the lucky participants to become experts in videography, documentary photography, video and picture editing. The ultimate target is a total of 300 youths, 50 from each of the six LGAs that make up the zone, and takeoff package thereafter.

Senator Ibezim was not found wanting during the flooding disaster in some parts of Imo North, especially Amauzari in Isiala Mbano Local Government Area. Apart from visiting and making personal donations to victims, he also sought the intervention of the National Emergency Management Agency, NEMA, to address the plight of the people. NEMA mobilised to the area for immediate assessment of the damages for remedial action and extended reliefs to the victims while promising to find a permanent measure to forestall future flooding.

Recently, his team also organised a six-day medical outreach across the entire zone.

Perhaps, Ibezim’s greatest achievement is in the power sector because power is at the root of failure or success of any business. He moved a motion, calling for the urgent construction of the Power Transmission Substation in Okigwe LGA for rapid industrial growth. He drew the attention of the senate to the anomalous situation in Okigwe, headquarters of Imo North Senatorial District. This substation had been approved and abandoned since 2003.

It is interesting that some of the people seeking to represent the zone now were in positions of influence when the zone was tossed aside but glossed over it.

However, within a few months in the Red Chamber, Ibezim took up the abandoned power substation from where the late Senator Ben Uwajumogu left off, and urged the Federal Ministry of Power to immediately construct the already approved Okigwe 132/33KVA transmission substation as well as to upgrade the Okigwe power facility to a district station. Consequently, three projects were approved for the area and are at an advanced stage of construction.

Additionally, Ibezim has installed solar panels in some parts of the constituency and donated transformers to others in order to improve the power supply in those areas as well as drilled boreholes and constructed roads for some communities.

Without a doubt, these projects, some of which had been completed or at an advanced stage of completion, have revived the economic and social life of the people and is contributing to stemming criminal activities, unemployment and youth restiveness in the zone.

Even before coming to the senate, Ibezim had held top public service positions at both the state and Federal Government levels. He was the Commissioner for Agriculture and Natural Resources, Imo State (2014 – 2015). He was also the Special Adviser (Political) to the Minister of State for Education (2015 – 2019); Board Member, Governing Council, Federal College of Education, Gombe; Member of the Federal Government Committee on Assessment of Needs of Unity Schools as well as one-time Managing Director, Imo Poultry Limited where he was credited with revamping the moribund Avutu Poultry, the largest poultry in Sub-Saharan Africa.

Also, he has varied international work experiences, having worked a Fleet Manager, Auto Nation, Houston, Texas, USA, and a Case Manager, at Youth Co-op, a non-profit organisation based in Miami, Florida, working with the US government on youth reintegration programmes designed to rehabilitate, re-skill and train youths with special challenges and needs.

He is a founding member of the All Progressives Congress, APC, and worked assiduously at the grassroots to ensure that the party was entrenched in the state, especially Okigwe. He served as the Director-General of the Buhari Campaign Organisation, Imo State, under the Congress for Progressive Change, CPC, during the 2007 presidential campaign. Prior to this, Ibezim had also unsuccessfully aspired during the 2010/2011 political campaigns to represent the Okigwe South Federal Constituency in the House of Representatives. He was at some point the Director, Contacts and Mobilisation of the All Nigeria Peoples Party (ANPP).

So, he was not a neophyte and fought gallantly and won a deserved battle to fill the vacancy and represent the people of Okigwe Zone in the Ninth Senate.

A community leader par excellence, Sir Ibezim has actively participated in numerous community/church development projects, including the construction of community roads, the personal sponsorship and installation of street lightings in his community, and the building of the multi-million Naira Bishopric Chapel of the St. Paul Church, Ezeoke Nsu, the headquarters of the Okigwe South Anglican Diocese, among other support to church growth in the area. In appreciation of his philanthropic and godly activities, the church conferred on him the knight of St. Christopher.

In all honesty, there is still much work to do. Ibezim has just entered his second year of representing the zone and a lot more shall be done for our people. For us, the call to serve is not negotiable, and serve we must.

There is self-evident and eloquent testimony that Distinguished Senator Ibezim has done excellently well. It is only fair to give him a chance to run for full four-year tenure on his own merit in 2023.

We must acknowledge the right of other Okigwe sons and daughters to vie for the office, especially if they are qualified. However, fairness demands that after such a bitter fight to get to the senate, and more so because of his sterling performance, Ibezim deserves to return to the Senate. He has been tested and trusted. Put side by side with other contestants, Imo North should reasonably decide who has served them better without playing to sentiments.

It is normal for people to have contrary views about Ibezim; that is politics. However, it would be foolhardy to dispute verifiable evidence, staring one in the face.

So, politics aside, there is always a payday for a worker. Ibezim has worked and deserved to be paid because one good term, they say, deserves another.

HOW TO CHECK YOUR JAMB SCORE