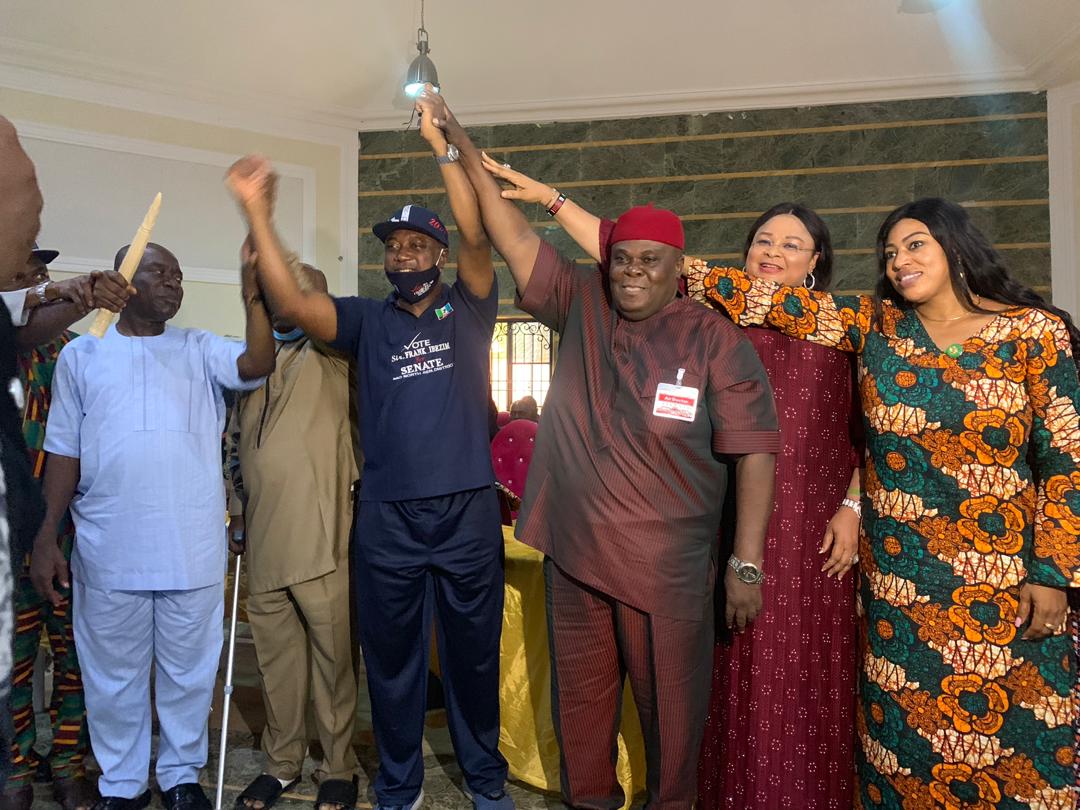 Prominent leaders and stakeholders from Imo North, also known as Okigwe Zone, have thrown their weights behind Sir Frank Ibezim, the All Progressives Congress (APC) candidate for the Imo North Senatorial by-election slated for October 31, 2020.

Rising from a meeting held at the county home of Chief Tony Chukwu, leader of APC in Okigwe Zone, on Tuesday, the leaders canvassed for support for Ibezim, describing him as a man with laudable antecedents.

In attendance was a mammoth crowd of the Okigwe electorate and front line political leaders, who asserted that APC’s choice of Ibezim was a wise one and appealed to the people to support with their votes in the upcoming election.

Chief Chukwu enjoined all APC faithful in the zone to support and work for Ibezim’s  success being the party’s flag bearer that emerged from the Imo North Senatorial APC primary election last month.

Ibezim, the candidate, who is already seen by many as a senator in-waiting, expressed joy with the groundswell support and solidarity shown him by Okigwe people and reassured them that he  would bring uncommon transformation and development to the zone.

The meeting was graced by leading lights in the Imo APC, including the State Chairman of APC, Chief Marcellinus Nlemigbo; Member, representing Okigwe North in the House of Representatives, Hon. Mrs. Miriam Onuoha; Speaker of Imo State House of Assembly, Rt. Hon. Chiji Collins; members of the State House of Assembly, Commissioners, Special Advisers, Senior Special Assistants, Interim Chairmen and Members of the Six area councils, other appointees from Okigwe Zone extraction as well as opinion leaders and other relevant stakeholders, among several party loyalists.

In an apparent show that the party was closing ranks, some of the senatorial aspirants in the last party primaries, such as Rt. Hon. Acho Ihim, Hon. Matthew Omegara and Chief Bright Nwachukwu added spark to the occasion with their presence.