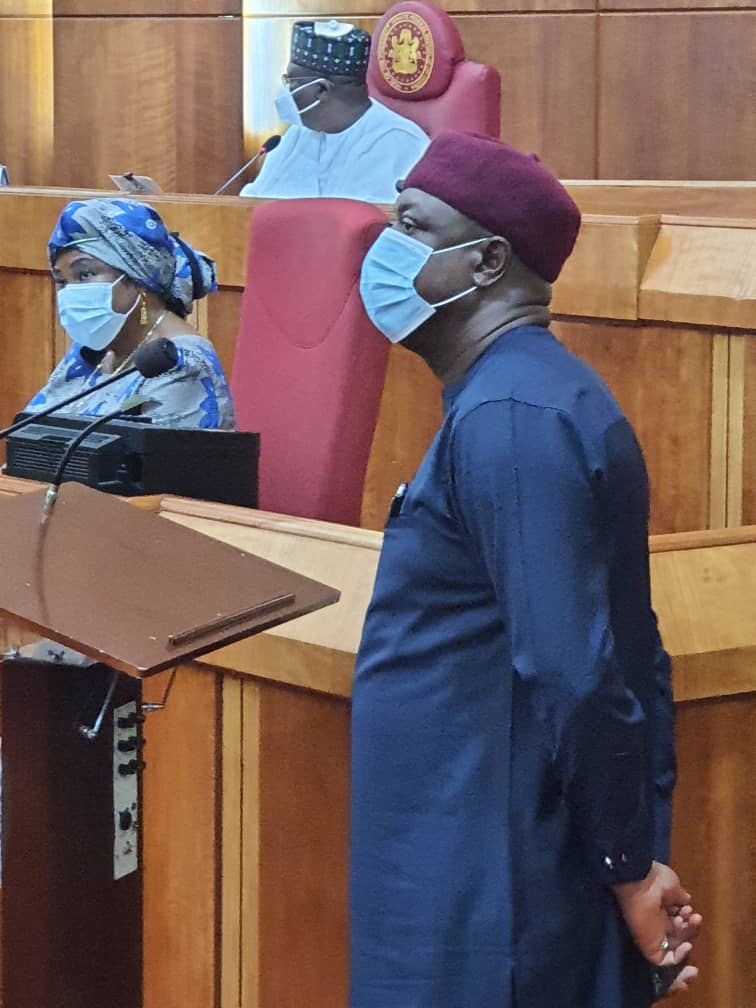 The new Senator representing Imo North Senatorial District of Imo State was Tuesday morning sworn in by the Senate.

The Clerk of the Senate, Ibrahim El- Ladan administered the Oaths of Office and Allegiance on the new Senator.

Welcoming the new member, Senate President, Ahmad Lawan noted that Ibezim’s swearing-in of Ibezim as senator, North Senatorial District, has completed the representation of Imo in the upper house.

The colourful event finally lays to rest months of the feverish battle for who represents the zone in the Red Chamber of the National Assembly.

After a tortuous protracted legal battle, Ibezim was on Friday, April 16, 2021, presented with his Certificate of Return by the Independent National Electoral Commission, INEC, after the Supreme Court removed all hurdles in his way.

It will be recalled that following the unfortunate death of Senator Benjamin Uwajumogu in 2019, a fierce tussle ensued between Sir Frank Ibezim and Senator Ifeanyi Araraume with regard to who was the authentic candidate of the All Progressives Congress, APC, the party that won the December 5, 2020 by-election.