Imo North: As race to replace Uwajumogu hots up, Ibezim, ex-commissioner throws hat in the ring 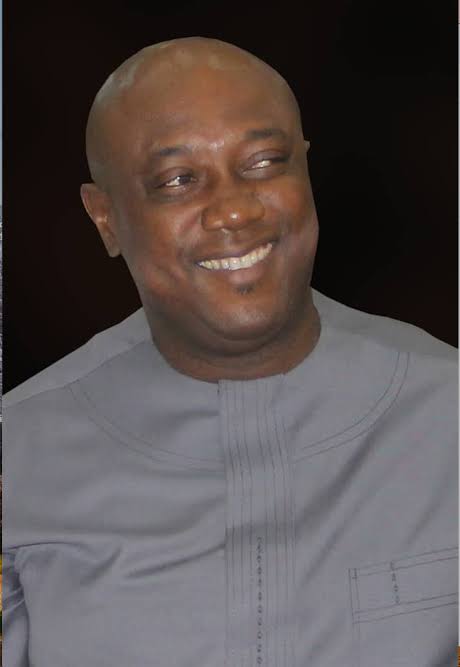 The race for who succeeds the late Sen. Ben Uwajumogu to represent Imo North in the National Assembly has commenced in earnest.

Following recent persistent calls from various quarters, including several leaders and stakeholders across Okigwe Senatorial Zone on the former Imo State Commissioner for Agriculture and Natural Resources, Sir Frank Ibezim, to fill the Senate seat, which became vacant due to the death of Uwajumogu, the Ehime-Mbano-born politician has finally agreed to throw his hat in the ring.

Ibezim made his intention known, on Tuesday, in a meeting with the State Working Committee (SWC) of the All Progressives Congress (APC), some members of the Executive Council and enlarged Executive Council of the Governor Hope Uzodimma-led administration in Owerri, the Imo State capital.

Also in the meeting at the APC state secretariat along Okigwe Road, where Ibezim declared his intention to run for the Imo North Senatorial District bye election to represent the people of Okigwe Zone in the Red Chamber of the National Assembly, were leaders and stakeholders of the party in Okigwe Zone among several political heavyweights in the state.

Special Adviser/Chief Protocol Officer to the Governor, Sir Bright Nwelue, introduced Ibezim to party leaders and appointees of government, as a well exposed young man, who possesses the requisite intelligence and charisma to deliver quality representation for Imo North.

More importantly, he added, Ibezim knows his onions around the polity of Okigwe zone, having been a commissioner in the state and at the background of implementation of some signature projects and infrastructure in the zone, especially from the Federal Government.

Addressing the August gathering, the senatorial hopeful eulogised the late Sen. Ben Uwajimogu, before unveiling his vision and passion to serve.

“Today, I offer myself to continue diligently in the mission of putting our people and their interests first over self and pecuniary considerations, to push the frontiers of democracy dividends to reach the nook and cranny of every village hamlet, and to ensure the utilisation of our vast untapped lands resources for unparalleled agrarian and industrial revolution. I pledge to accomplish this through the pursuit of quality representation,” he said.

The Chairman of SWC of the party, Chief Macron Nlemigbo, commended Ibezim for coming to interact with the leadership of the party in the state, which signifies humility and wisdom, assuring him that the party was happy with his move and would do what is right at the appropriate time.

Since acceding to the clarion call of the people, Ibezim has been criss-crossing the length and breadth of Okigwe zone, engaging in series of strategic consultations with several political, community, religious, women and youth stakeholders across the zone to apprise them of his road map towards completing the remaining tenure of the 9th Senate.

Besides, he had also engaged in wide consultations with party stakeholders, including a heart-to-heart parley with all political appointees of the state governor and all the serving commissioners, special advisers and senior special advisers of Okigwe extraction, serving in the Governor Uzodinma administration.

The meeting was very remarkable with many speeches of commendation and wise counsels from a cross section of the appointees, and ended with an emotional praise and worship session, culminating in a prayer by Hon. Lady Blessing Nwaoba for Ibezim’s successful candidature for the Senate seat.