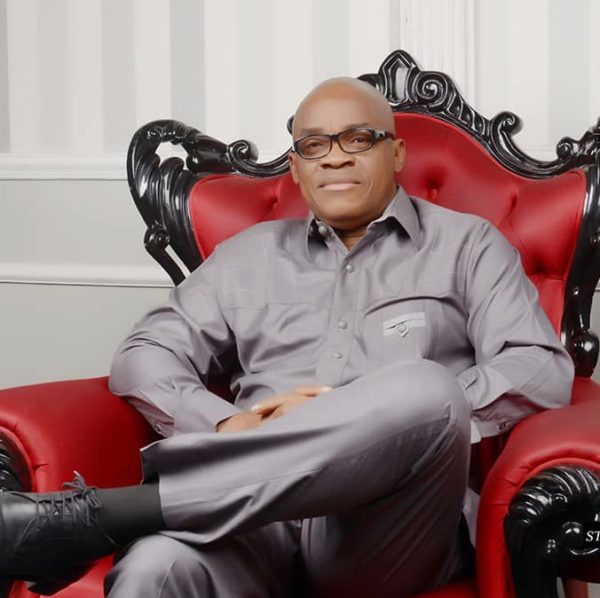 The Senatorial by-election in Imo North has come and gone. However, the ripples are still in, as it is still mired in controversy.  The Independent National Electoral Commission, INEC, instead of announcing the candidate that won the election, opted to announce the All Progressives Congress, APC, as winner. This, perhaps, was in a bid to steer clear of the disputes over who the authenic candidate of the party was.

However, going by the appeal court ruling that upturned the enlistment of Chief Ifeanyi Araraume in place of the official candidate of the party, Sir Frank Ibezim, the Special Adviser, Special Duties, to Governor Hope Uzodinma, told Tony Iwuoma emphatically that Ibezim is the party’s candidate and if APC won, it then means it was frank that won.

What is your reaction to the outcome of the just concluded senatorial by-election in Imo North?

This election was free, credible and fair by my own estimation. This is the first time the All Progressives Congress, APC, is winning a senatorial election in Okigwe Zone. Remember I was a strong member of the People’s Democratic Party, PDP. I joined APC on January 15, 2020. This is the first time APC is winning election in Okigwe Zone freely and fairly; that is my own estimation.

If you look at the results, though there was low turnout, you will see that these results are true, raw results from the field. You couldn’t have manipulated the results in any way by increasing the numbers.

The electoral officers were something else. They were crosschecking the card reader inputs and the actual results with the raw votes and where it did not correspond, they cancelled. Except in some areas where there might be pockets of disturbance for a while, generally the election was peaceful and fair.

As an Ehime son, I am happy that my brother is senator-elect. He will be announced in the next 48 hours by the special grace of God.

The issue is that when God ordained something to happen, it definitely will. Nobody knows that by the time we were going for this election that all the shades of APC would be on the same page – Rescue Mission, Coalition, Araraume Camp, Camp Hope – everyone was on the same page and that was why the result came out in our favour.

If you look at the result, the edge PDP got in Obowo was neutralised by the votes APC got from Isiala Mbano. In all the other places we won, we didn’t win with more than 2000 votes; this tells you how tight the election was.

This is the kind of election you would be very happy you won, it is not the one that they will be accusing you of forging results or stealing ballot papers and stuffs like that. So, we are very happy that APC has really shown that they are in charge of Okigwe Zone and there  is no other way of showing it than through this election.

Are you not bothered about the Ararat challenge?

The Araraume challenge has been a fallout of his refusal to  accept the superiority of the authority of the Governor of Imo State. Without the input of the  governor of this state, this election would not hold freely and fairly. The governor made sure all government structures supported the APC.

We don’t have two candidates; we have only one candidate that has been endorsed by National Working Committee, NWC, of the party and the national exco of the party. Any other person claiming to be the candidate is only deceiving himself in the sense that the court cannot decide for us who our candidate is. The party is supreme and it is the party that will tell you that Mr. A is my candidate. And the NWC and exco communicated to INEC  who their candidate is.

All the same, you can see from this election that reconciliation is inevitable. Of course, you can see that PDP is fairly strong in our zone though APC is stronger. So, we still need to put our house together to maintain this formidability. You can  imagine what could have happened if we went alone as Araraume group or Frank group.

God is wonderful; He brought all the shades of the party together so that we could make the difference. Thank God the Governor of Imo State has done so much for the party. He is so happy that we won. He even told us that he would not like to join issues with Araraume but the Araraume group should choose their candidate but the party knows who its candidate is.  So, he brings to the fore for people who are not versed in such matters who determines the candidate, is it the party or the courts?

In your view, do you think Ararume would give up and accept the outcome?

But if I were he, I’d give up; I wouldn’t have even bothered to run for this election after being in the senate for eight years. Does it mean that other people don’t grow? So, he’s beyond going to the senate. Yes, he may have experience but everything is not about experience. So, if I were he, I wouldn’t contest this victory with Frank, a younger person.

What should Imo North expect of this victory?

We expect a robust representation in the senate. We expect a senator that will bring democracy dividends. And also where Frank has advantage is that he has been in the federal  system. He knows how budgets are prepared; how budgets are allocated and how budgets are approved by his experience, working with federal ministries. So, I don’t think he’s new in the area, coupled with the issue of time. I know he will hit the ground running immediately he is sworn in.

How about the PDP; don’t you think they would contest the result in court?

Of course, they may be free to go to court and contest but I want you to know that if God has destined Frank  to be a senator, nobody can stop him. People like me have lost faith in the judiciary. It has become a cash and carry business. Someone would just sit down in his court and write a judgment without putting some people on notice and yet you expect the same judgment to to have effect on the person who was not aware of that case.

Remember some of these things are matters that can go to the tribunal but I can assure you that they won’t win. The most important thing is which party won the election.

I am happy that INEC declared that APC won; it is sacrosanct that we won. The issue of candidate will be resolved by the party at the appropriate time, which they have done through the appeal court. It is left for INEC to consult their legal department and make their declaration in the next few hours; let other people go to the tribunal.

There was a viral video accusing your party of buying up voters cards at Chief Tony Chukwu’s house. What actually happened?

That was misinformation. What happened was that the Minister of Special Duties, Haija Usman, came to Imo State with Mrs. Glory Akobundu, who hails from Isiala Mbano. They had come for empowerment programme for women at the Ahiajoku Centre. But they didn’t give the state government enough notice that they were coming.

They left Maiduguri and were already on their way to the airport before informing the Imo State Government that they were coming the following day, that we should organise women from various zones to come to Ahiajoku centre for empowerment. Unfortunately, we were already in the mood to go for rally in Okigwe and we told them it wasn’t possible to do the rally and empowerment for women at the same time.

They opted go with us, hoping to squeeze in their programme during the rally.  Nevertheless, you know how rowdy rallies are. So, we decided that women from Okigwe should converge on Chief Tony Chukwu’s house the following day. The one condition needed to benefit from  the empowerment is identity card. Most of the women didn’t have driver’s licence or national identify card.

What plans do you have for the development of Okigwe Zone?

The Shared Prosperity government of Imo State has drawn up a development plan for Okigwe Zone, which will be rolled out in the first quarter of 2021. All the same, we are barely 10 -11 months in office, faced with challenging environment and aggressive opposition. We are doing our best.

One of the cardinal policies of His Excellency is Owerri – Okigwe Expressway, which has been awarded, and the Okigwe – Orlu Expressway too. What concerns me more is the Owerri – Okigwe road. We have awarded the contract and paid the mobilisation fee. Any moment from now, the contractor will roll to site.