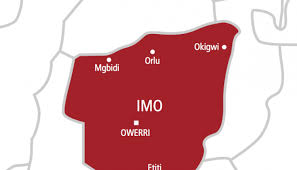 OWERRI—IMO State was, yesterday, tipped as a “hostile and unsafe” state for women and children by Alliances for Africa, AFA, alongside members of the state Committee on Violence Against Women and Children and 12 other organisations.

The stand is based on their survey on violence against women in the state, which was unveiled by a representative of the state Ministry of Gender Affairs and Social Development, Blessing Azubuike, at a two-day capacity workshop for stakeholders.

As a result of the development, they said part of their preparation to end violence against women and children was to begin community awareness outreaches in the 27 local councils and 640 communities in the state.

They argued that it is time to curtail the trend of violence against children and women, as it is getting out of hand.

They said: “Members of the Imo State Committee on Violence Against Women and Children established after a two-day capacity training organised by Alliances for Africa, AFA, with support from all relevant institutions will support the effort of the committee in making Imo a state free from violence against women/girls and children.

The committee is proposing to embark on a massive state and community awareness outreaches in the 27 councils and 640 communities in Imo State to advocate for an end to violence against women and children.”

They pledged to end the culture of silence and develop Imo State directory on institutions working on women and girls. In addition, they will design a centralised framework for effective data collation on violence and advocate for a legal framework to support access to justice.

According to the groups, “after the two-day workshop on strengthening institutions to end violence against women and girls, the committee recognised that the forms of violence perpetrated in the state has taken root and grown into a giant oak tree with frightening dimensions that seem to be constantly fed by our inactions.

“They also recognise the failure of the state government to effectively address these issues as state security and human rights issues are worrisome. Many women and girls are victims of one form of violence or the other, and accessing justice is a nightmare.

“The committee agrees that there is near neglect of the issue and lack of will to even discuss it. With the deeper social media penetration, the increase and cancerous spread of violence have been awakened with the circulation of incidents of rape, child molestation, child trafficking, violence perpetrated by state actors, cultural practices that are harmful and sexual offences on female students.”