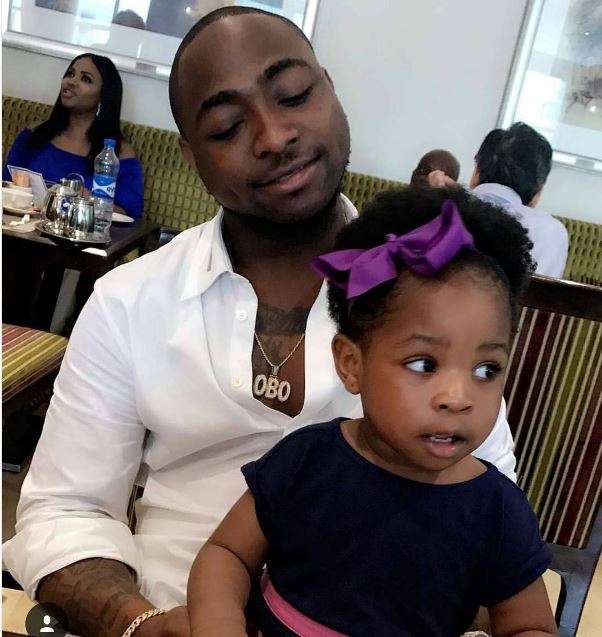 The award-winning singer took to his Instagram page on Tuesday to announce his 4-year-old daughter’s entry into the fashion world.

Dubbed ‘Aurora by Imade’, the new beauty line will officially have its launch party on May 29, in Lekki Phase 1, Lagos.

Imade, who celebrated her fourth birthday on May 14, can be seen in a photo posted on her business’ social media account — holding one of her new hair care products.

“We’re so excited to finally announce Aurora By Imade! Tomorrow’s launch event is strictly by invitation! We can’t wait to share this with you all!” she said.

Davido has two children. Imade Adeleke is his first child, a product of his romance with Sophia Momodu, while his 1-year-old Hailey Veronica Adeleke is a love child he had with an Atlanta-based lady, known as Amanda ‘Mandy Play’ on Instagram.

Although Davido is currently in a relationship with Chioma Avril Rowland, the singer has continued to publicly show his love and support for his kids.

JUST IN: Okorocha, wife at home, as EFCC denies their arrest