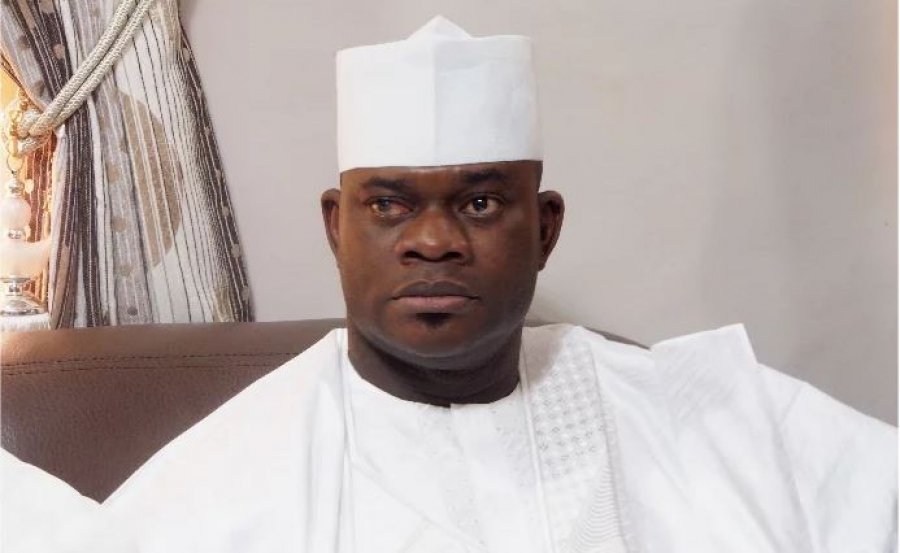 Kogi State Governor, Yahaya Bello, on Friday, told the Federal High Court, Abuja, that he was ready to defend himself in the allegation of double registration framed against him by Natasha Akpoti.

News Agency of Nigeria (NAN) reports that Akpoti is the Social Democratic Party (SDP)’s candidate for the November 16 governorship election in Kogi.

While Akpoti is the plaintiff, the All Progressives Congress (APC) and the Independent National Electoral Commission (INEC) are 1st and 2nd defendants respectively.

NAN reports that the suit, dated October 10 and marked: FHC/ABJ/CS/1221/2019, filed by Chief Mike Ozekhome, SAN, on Akpoti’s behalf, sought the court’s determination on the eligibility of Governor Bello in the Saturday’s election, having allegedly involved in double registration as a voter.

Bello, reacting in a counter-affidavit filed by his lawyer, M.Y. Abdullahi, stressed that he did not engage in double registration as alleged by the plaintiff.

The affidavit was deposed to by Khaliat Bello, a lawyer in Abdullahi’s law firm.

It reads: “That on the 23rd day of May, 2017, the alleged date of double registration, he was outside the shores of Nigerian and couldn’t have been anywhere in Nigeria to do voter registration.

“The copies of his travel documents which show the immigration exit and entry stamps are attached jointly as ‘Exhibi A.’

“That he is ready and prepared to defendant the allegation of double registration framed against him by the plaintiff.

“That the proposed counter-affidavit and written address of the applicant are attached and marked ‘Exhibit B.’”

The governor argued that since the reliefs sought by Akpoti were against his nomination, qualification and candidacy, he urged the court to join him as 3rd defendant in the suit prior to the hearing of the originating processes.

Bello, who was represented at the court by Mike Enahoro, also sought an order of the court directing the plaintiff and the original defendants to serve him all the processes filed by them in the suit in the interest of justice.

He said the application was filed on Friday because he got wind of the suit the previous day.

Counsel to Akpoti, Chief Mike Ozekhome, SAN, who acknowledged receipt of the motion this morning, hinted that the motion sought to stop court’s proceeding on the matter.

He urged Justice Inyang Ekwo not to grant the request since the election was Saturday.

On his part, Counsel to the APC, Abdulwahab Mohammed, said he would need more time to study the motion.

However, Counsel to INEC, Alhassan Umar, SAN, said he had no objection to the motion.

Justice Ekwo, who adjourned the matter till Nov. 21, said the decision was to afford Governor Bello, who sought to be joined in the matter, a fair hearing.

He said though the election would be Saturday, that would not stop the court from doing its business.

The presiding judge, who gave the plaintiff two days to amend their processes to accommodate Gov. Yahaya Bello as a defendant, also granted all the defendants, including Bello, two days to reply upon being served by the plaintiff.

The judge held that all preliminary objections in the suit would be taken in the adjourned date and any party absent on the day would be deemed to have adopted them.

In an interview shortly after the court sitting, Ozekhome described Governor Bello’s application as a ploy to delay justice.

“We are ready to go on with the case but through deployment of delay tactics, Governor Yahaya Bello, through a counsel today, suddenly brought in a motion to be joined in the suit.

“We did not sue him, being aware of Section 308 of the 1999 Constitution that confers absolute immunity on the governors.

“So we sue APC and INEC and APC is a party fielding him under Section 177 of the constitution. So he doesn’t need to be in the matter,” he said.

Ozekhome stressed that the application would be opposed in the adjourned date.

Also speaking with newsmen, Enahoro wondered why the governor was not made a party in the suit, yet his name was mentioned in all the plaintiff’s three questions for determination by the court.

“There has been so much hurry to have this case determined before the election.

“You will recall that the law permits pre-election matters to be determined within 180 days. This suit is barely 30 days and yet there is a hurry

“You cannot shaves someone’s head in his absence ” he said.

Enahoro described the act as “a joke and an abuse of court process.

“We have furnished the court with sufficient materials. Nigerians will see it that this case is a joke.” (NAN)

Work with NASS to advance the cause of women, Lawan tasks Women Affairs ministry