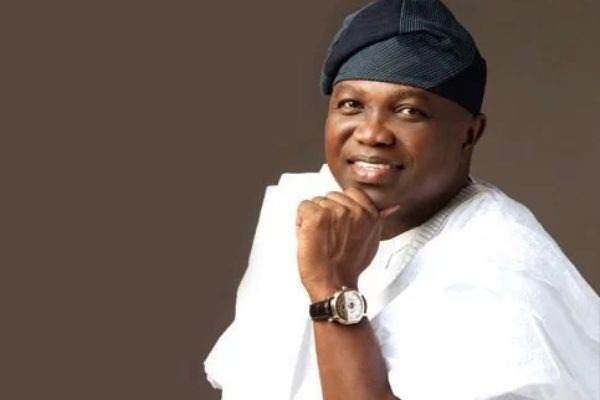 Lagos State Governor, Akinwunmi Ambode, on Friday evening, commissioned the ultra-modern Lagos Theatre, in Epe, expressing fulfillment with the projects executed by his administration within the ancient town and the adjoining communities.

Governor Ambode, who is exiting office on May 29, said it was particularly fulfilling that he was able to implement a number of projects which changed the outlook of the town and made life further comfortable for the people, as well as improve the Gross Domestic Products (GDP) of the state.

“This is more or less a fulfilling day for me; if there is anything for me to say, it is the fact that I am fulfilled that a day like this can come in Epe. I mean, four days to go, in four years, we have turned things around. God has given us that grace that we can come back here and actually spend my last weekend here with my people.

“We are very delighted that among the Art Theatres that we have established, we have the opportunity to come and commission the one in Epe. The first one – the Lagos Theatre in Oregun was commissioned by Mr President and then followed by the one in Igando. That of Badagry will be commissioned on Monday making four out of the six that we had actually planned. Two to go and believing strongly that the vision to actually bring out the best of the talents of our younger ones is part of this structure that you are seeing here,” Governor Ambode said.

He said the initiative to construct the theatres across the State was borne out of the vision to create a framework to bring out the creativity and innovative skills of talented youths, as well as serving as a platform to scale up communal bonding among the people.

On other initiative in the tourism sector, Governor Ambode said: “We are also renovating Glover Memorial Hall; it’s been fully paid for and in another few months, they should be able to commission it also so that we can have top class tourist attractions in all these locations. People can decide to come and watch a play in Epe and then drive back to Lagos.

While thanking people of Epe Division for standing by him and the All Progressives Congress (APC), Governor Ambode urged them to also support the incoming government of Mr Babajide Sanwo-Olu to further develop the state.

“I want to use this opportunity to thank all the people in Epe here including Eredo, Ibeju Lekki and then in Agbowa. You stood by me and in area where we decided that we should go in the same direction to uplift the party so that we can bring in the next Governor, you all cooperated with us and I want to say a very big thank you.

“Whatever kind of support that you have given in the course of my own four years, in the course of election and also in the spirit of upholding the tenet of the party, all that must be extended to Mr Sanwo-Olu to also make sure that things that we have achieved in the last four years are not disrupted and that is the whole essence of humanity.

“The whole essence is have I improved on the way I met Lagos four years ago? It’s left for the people to judge and we know also that whoever is coming next must also use mine as a benchmark to improve on the lot of the people of Lagos. The whole idea is to continue to improve and ensure that people don’t suffer and then people enjoy the dividends of democracy,” Governor Ambode said.

Speaking earlier, veteran Nollywood actress, Joke Silva commended Governor Ambode for the theatres, expressing optimism that the next administration would build on the gains recorded in the sector in the last four years.

“There are lots of people in my industry who believes that because the theatres are in the communities there would be a challenge to make them thrive and I think that is totally wrong because theatre grows in communities when the people take ownership. I believe from theatres like this, we are going to have some amazing writers; we are going to have the new Wole Soyinkas of this world and so on who would have the opportunity to fine-tune their works because they have a space such as this,” she said.

Also, Chairman of Epe Local Government, Hon Adedoyin Adesanya said the people of Epe were grateful to Governor Ambode for the projects executed in the division, saying that the theatre would go a long way in boosting tourism and entertainment, as well as create jobs for the people.