I’ll annihilate both of you in one night – Tyson Fury slams Joshua, Usyk 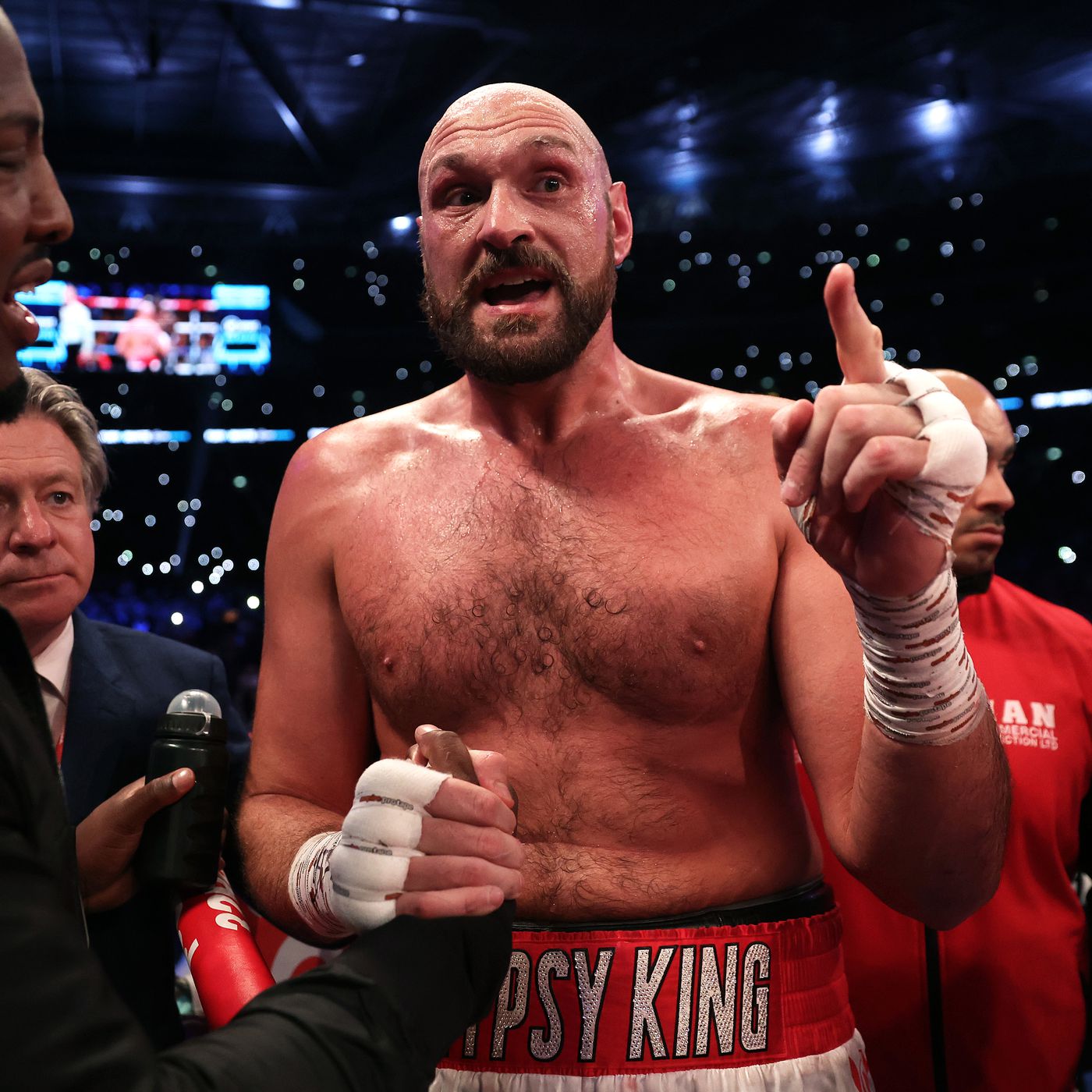 Tyson Fury has slammed Anthony Joshua and Oleksandr Usyk after their rematch, on Saturday night.

Fury believed that with what he saw from both men last night, he could actually ‘annihilate’ them in one night.

Fury, also known as Gypsy King, is adamant that he sees nothing to fear from both boxers.

Joshua seemed to be cruising to victory after a 9th round performance by the Briton but Usyk responded masterfully, taking charge of the match from tenth and final two rounds, which saw him on his way to victory.

He was crowned the victor by split decision and Joshua was obviously angered by the decision, throwing the Usyk’s belts out of the ring while storming out.

The Nigerian-British fighter, however, returned to the ring where he delivered an emotional speech, hailing his Ukrainian opponent and telling some personal life stories.

Drama as Anthony Joshua furious after defeat, throws belts down,…

But Fury was not impressed by any of this, insisting that both heavyweight Champions have not lived up to their billing.

He took to social media and said: “After watching that, the both of them were s***e.

“It was one of the worst heavyweight title fights I have ever seen.

“I annihilate both of them on the same night.

“Get your f***ing cheque book out, because the Gypsy King is here to stay, forever!”

Fury, who had announced his retirement from boxing, announced he is back in the ring.

Speak up on matters that affect governance, group urges Rivers people, others