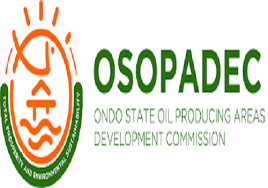 The students’ spokesperson, Iyanu Akingboye, told newsmen that the last time they received bursary was in 2015/2016.

Akingboye accused the OSOPADEC Chairman, Gbenga Edema, of deliberately denying them the bursary for personal reasons.

“It is a deliberate act for the chairman to scrap the 2016/17 OSOPADEC busary allowance.

“We have held series of meetings with the authorities, particularly with the chairman, to pay this fund but he is not ready to listen.

”Now, they are willing to pay 2018/19 bursary; we will not accept this because it’s not privilege but our right as students from an oil producing area, ” he said.

A Senior Special Assistant to Ondo State Governor, Mr Jomoh Dojumo, who met with the protesting students, cautioned them against violence.

He promised that the state government would address the issues raised.(NAN)