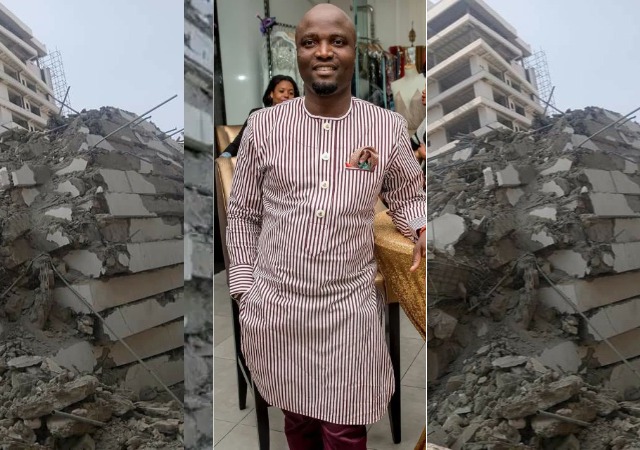 The corpse of a United States of America-based Nigerian businessman, Wale Bob-Oseni, has been recovered from the rubbles of the building that collapsed on Gerrard Road in the Ikoyi area of Lagos State.

It was gathered that Bob-Oseni’s body was found, on Thursday, by responders during the recovery operation at the scene of the incident.

Bob-Oseni, a real-estate dealer, was reportedly on his way back to America, last Monday, when he got a call from Managing Director of Fourscore Heights Limited, owner of the collapsed building, Mr. Femi Osibona, to check out the project.

Both friends were subsequently trapped when the building collapsed.

Osibona’s body was also recovered from the rubble, on Thursday.

Anambra guber: If there’s no peace, there’ll be no people, nor country – Gen. Abdulsalami Abubakar