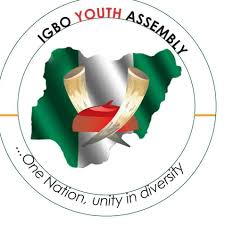 Igbo Youth Assembly Worldwide, a socio-cultural group, has condemned the Sit-at-Home order issued to Igbos by the Indigenous People of Biafra (IPOB), saying it will only promote hatred and threaten national unity.

A statement by the President-General of the assembly, Mazi Ifeanyi Nwudunna, in Abuja on Tuesday, urged Igbos and other Nigerians to “go on their normal and legal businesses and disregard such order from the outlawed group or enemies of ndi Igbo trying to ground the economic activities of ndi Igbo’’.

The News Agency of Nigeria (NAN) reports that IPOB had declared a sit-at-home on May 30 to honour its men who died in the Nigeria-Biafra war from 1967 to 1970.

The government through the police has however warned the group against the planned action.Emma Powerful, the IPOB’s spokesperson in a statement on Monday, however, dared the army to stop members of the group.

Nwadunna, however, said, “The Federal Government of Nigeria has set aside a date where all the heroes of our land who lost their lives in the course of service to their fatherland to be honoured and it encompasses every tribe and state in Nigeria.

“Therefore, it is not in the best interest of national unity, peace, progress, and national integration for any group or person to fuel misinformation by ordering “Sit at Home” on every 30th May.

“Through this illegal and outlawed group’s activities, Igbos have lost several billions of naira.

“Ndi Igbo are the owners of most businesses and establishments outside Igboland and instead of promoting and propagating national integration and peaceful co-existence among Nigerians, misguided groups and elements are trying to isolate Igbos from national engagements.

“At the time, he said the reason for joining NPN was to return ndi Igbo to national politics.

“Now misguided leaders and haters of ndi Igbo are trying to isolate the Igbos from national politics, engagements and participation in the guise championing the cause of Igbos,’’ the group’s leader said.

The president-general said that the activities of IPOB were aimed at achieving selfish ambitions and interests using “cheap blackmail’’ against the present government led by President Muhammadu Buhari.

Nwadunna warned the “old brigade’’ to desist from using “cheap blackmail of marginalisation’’ to misguide and distract Igbos from actively participating in the government of President Buhari.

According to him, the Igbo Youth Assembly Worldwide has made adequate arrangements that will ensure that Igbo are not marginalised in the administration of President Buhari, which has promised to take Nigerians to the next level.

“Inciting misinformed Igbos is a threat to the economic and political progress of ndi Igbo.

“Therefore, the sit-at-home order is not in the best interest of the Igbos.

“Rather, it will blight the future of our children and unborn children.

“IPOB is still a proscribed group and all its activities remain illegal and unlawful.

“Igbo Youth Assembly Worldwide is urging Igbos and other Nigerians not to stay indoors on May 30.

“We maintain there is nothing like ongoing Fulanisation and Islamisation in parts of Nigeria,’’ the group president said. (NAN)