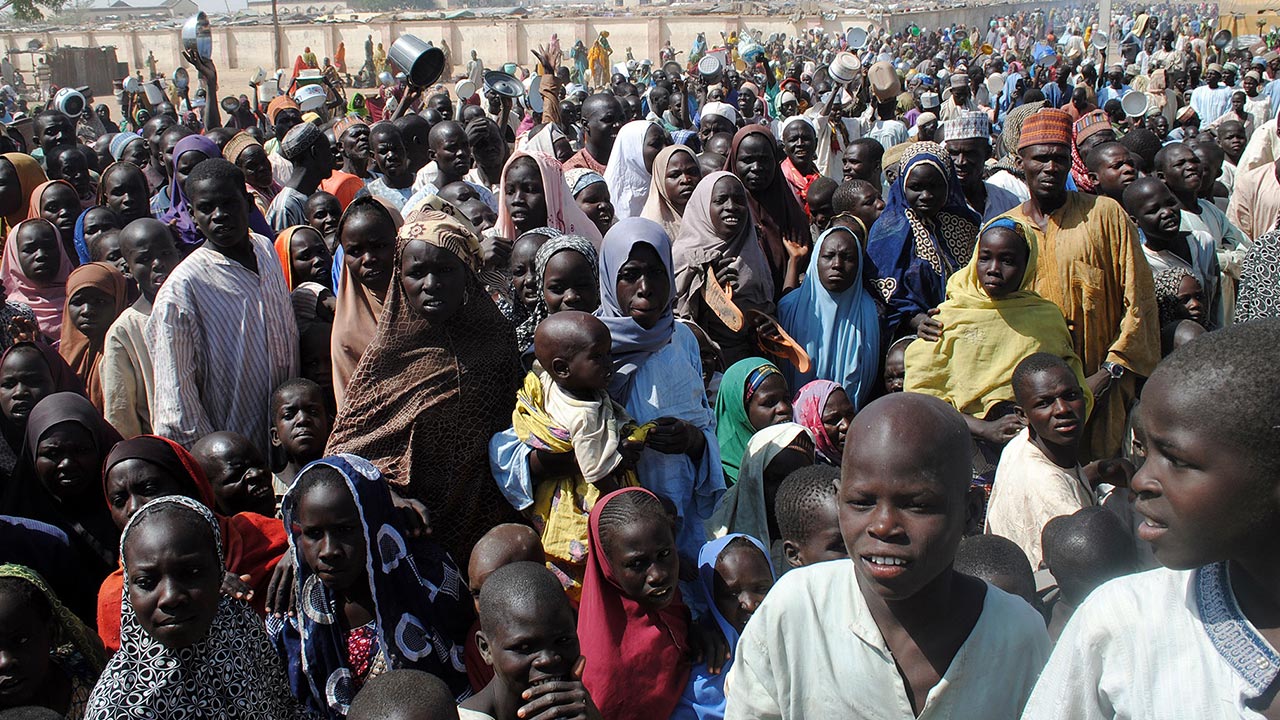 Some Internally Displaced Persons (IDPs) in Maiduguri, Borno, have expressed support for the emergence of Sen. Ali Ndume as President of the 9th National Assembly.
They advocated for zoning of the senate presidency to the North East region and called on the National Working Committee of All Progressives Congress (APC), Borno Gov. Kashim Shettima and other stakeholders to support Ndume to clinch the senate apex position.
Some of the displaced persons told the News Agency of Nigeria (NAN) on Friday in Maiduguri that their appeal was to facilitate effective leadership of the senate toward consolidating successes recorded in the war against insurgency and other national issues.
READ ALSO:Mpape: agency refutes rumour of earth tremor
Malam Buba Muhammed, a displaced person, said emergence of Ndume as senate president would fast track proactive legislation to facilitate successful operation of Northeast Development Commission (NEDC), rehabilitation, reconstruction and resettlement of victims in the war ravaged region.
Muhammed, who quoted Shettima as saying “Boko Haram insurgency has dragged the state to 50 years backwards’’, added that the colossal damage caused by the insurgency needed practical legislative approach to address.
Messrs Muhammed Gajere and Umar Abba-Tata said it was high time for political leaders and communities in the region to support Ndume to enable him win the senate president post.
Gajere said: “Political leaders from the North East region should work together and rally behind Ndume’s ambition in order to address the nagging unemployment, poverty and insecurity challenges bedevilling the region.
“Displaced persons in Borno organised special prayer sessions and fasting for some days to seek for divine intervention to actualise the emergence of Ndume as senate president.
Our support to Ndume is in appreciation of his contributions to the plight of persons affected by the conflict and address humanitarian crisis caused by the Boko Haram insurgency.

READ ALSO:Ex-Kwara Gov’s aide, others defect to APC
Statistics by Borno State Government showed more than 5,335 classrooms; 512 primary, 38 secondary schools and two tertiary institutions were destroyed by the insurgents in Borno.”
Gajere noted that Ndume’s leadership of the senate would fast track effective implementation of government’s policies and programmes, to accelerate social and economic development of the region.

Earlier, Mrs Halima Adamu and Malam Abdulhammed Ishyaku, urged people from the region should support Ndume in view of his penchant for the improvement of their well-being.
Adamu added that Ndume was committed to the realisation of the APC-led administration’s change mantra.
He stressed that Ndume would provide absolute support and cooperation to the executive arm of government to achieve the goals of transforming the country.
Ndume (APC-Borno South) was re-elected for the third time; having served as the senate leader of the upper chamber of the National Assembly. (NAN)

International Women’s Day: Group calls on Buhari to include more women in governance