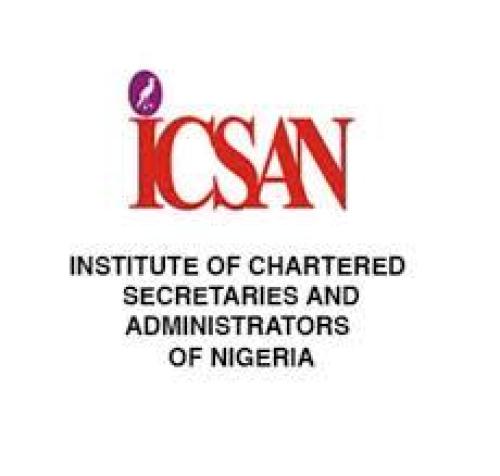 The Institute of Chartered Secretaries and Administrators of Nigeria (ICSAN) on Wednesday urged its newly-inducted members to develop their skills for professional advantage.

Mr. Babatunde Busari, Past President and Guest Speaker, gave the advice in a speech titled: “Making your mark as a professional in Nigeria: Issues to contend with’’, at the institute’s 18th Induction ceremony in Lagos.

Busari said that members should pursue skills and traits such as confidence, accountability, adequate communication, leadership and interpersonal skills to distinguish them from the average professionals.

He advised a build-up of professional relationships by following up with contacts to maintain visibility in the professional sphere.

“Your quest for knowledge must be unending as the competition is very stiff outside and so you must be able to convince your client on the reason why you must be chosen for professional advantage.

“As a professional, you must develop your skills as part of the competition on how to package the `invisible’ service to be rendered.

“ICT has taken over and there are loads of social networks you can join to give you more edge as is the current trend with the technological world,’’ he said.

Busari, a Fellow of the institute, said operating as a professional in this clime meant doing more than those in other climes due to the challenges of power, transportation, security and multiple taxation.

He, however, acknowledged that no country was free from issues and challenges, saying that all issues were surmountable.

“Being a professional here means we have to double up when compared with those in other climes due to the various challenges associated with this clime.

“However, the Infrastructure Concession Regulatory Commission reports that only 60,000 km is paved and is weighing on economic growth,’’ Busari said.

He urged the inductees to endeavour to exhibit a high level of objectivity and integrity in the discharge of their duties,’’ he said.

In his address, Mr. Samuel Kolawole, President, ICSAN, said this year’s induction was unique and epoch as some of the inductees were being inducted through `Executive Route’.

Kolawole noted that this is happening for the first time since the institute’s inception 53 years ago.

“It is remarkable that for the past 53 years since the institute has been in existence, we have never admitted people through any other route other than the institute’s professional examination; save the very few personages on whom Honourary Fellowships of the Institute were recently conferred.

“However, last year, the Governing Council of the Institute decided to create a new vista to admit some special category of top-notch professionals into ICSAN membership through what would be called Membership through Executive Route.

“The set of professionals considered for this privilege comprises those who have attained topmost level in the fields of Corporate Secretarial Practice and Corporate Governance through many years of diligent and meritorious professional service.

“In addition to their background as stated above, the applicants through the Executive Route also recently successfully undergone special training prescribed for them by the Council,’’ Busari said.

According to him, they are being inducted today alongside our regular inductees as Associates (Executive) of the institute,’’ he said.

Ms. Oladunni Ogunsulire, Acting Registrar of the institute, in her congratulatory message, advised inductees to continue to work hard in pursuit of further development regarding acquisition of skills, knowledge and competencies.

She said that the induction added responsibility as far as continuous acquisition of sound knowledge and proficiency in various fields are concerned.

She urged all categories of inductees to cultivate the practice of participating robustly in all the programmes organised by the institute.

The News Agency of Nigeria (NAN) reports that the institute inducted a total of 360 professionals consisting of 128 executive route members, 31 fellows, 124 associates and 81 graduates.

NAN reports that the investiture of the new President of the Institute, Mr Bode Ayeku, is scheduled to hold on July 17 in Lagos. (NAN)