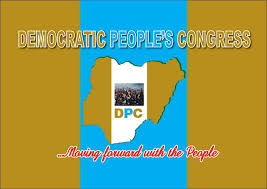 Mrs Seiyefa Fetepigi-Eche, Governorship Candidate of the Democratic People’s Congress (DPC) says she will help Bayelsa to recover its looted funds if voted into power in the November 16 elections.

Fetepigi-Eche in a statement on Tuesday said that she would also probe past governors of Bayelsa and recover all looted funds from public office holders and their cronies.

She said that there was no justification for trillions of naira that accrued to Bayelsa since 1999 as a major oil producing state to remain underdeveloped.

“Its capital, Yenagoa remains a glorified village while other towns and communities are in shambles reflecting the poverty, deprivation and marginalisation of the people where the first oil well in Nigeria was found.

“I will put a stop to this blatant and flagrant abuse of the good people of Bayelsa in my 100 days in office if voted into power on Saturday Nov. 16, 2019.

“I am heartbroken over the sufferings of the people in the midst of abundant natural and human resources.

“My government shall harness all resources in Beyelsa and build a strong, virile, progressive, prosperous, egalitarian and decent democratic state that will be a torch bearer to the nation’s political process.’’

Fetepigi-Eche said that Bayelsa needed a credible and acceptable leader with milk of human kindness to articulate, implement and executive people-oriented projects that would improve the citizens’ standards of living.

She said to achieve this eligible voters should vote for candidates of their choice and resist any attempt by political buccaneers masquerading as democrats to buy their votes and conscience for a pot of electoral porridge.

Fetepigi-Eche reiterated the call for anti-graft agencies to arrest and prosecute any person who engaged in vote buying on Election Day.

She called on the Electoral Commission to provide a level playing field for all the political parties and their candidates participating in the forthcoming gubernatorial poll in Bayelsa.

“Credible election is the beauty of democracy. Bayelsans, indeed all lovers of democracy in Nigeria demand a credible, transparent, free, fair, acceptable and peaceful governorship election. Anything short of that is unacceptable and must be resisted.

“My Three-Point Agenda of Modern Infrastructure, Creation of Wealth and, Youth and Women Empowerment, is the panacea to the leadership quagmire and conundrum in Bayelsa.

“There is light in the democratic governance tunnel of Bayelsa which will spread around the state if I am voted into office on the platform of DPC,’’ she said. (NAN)