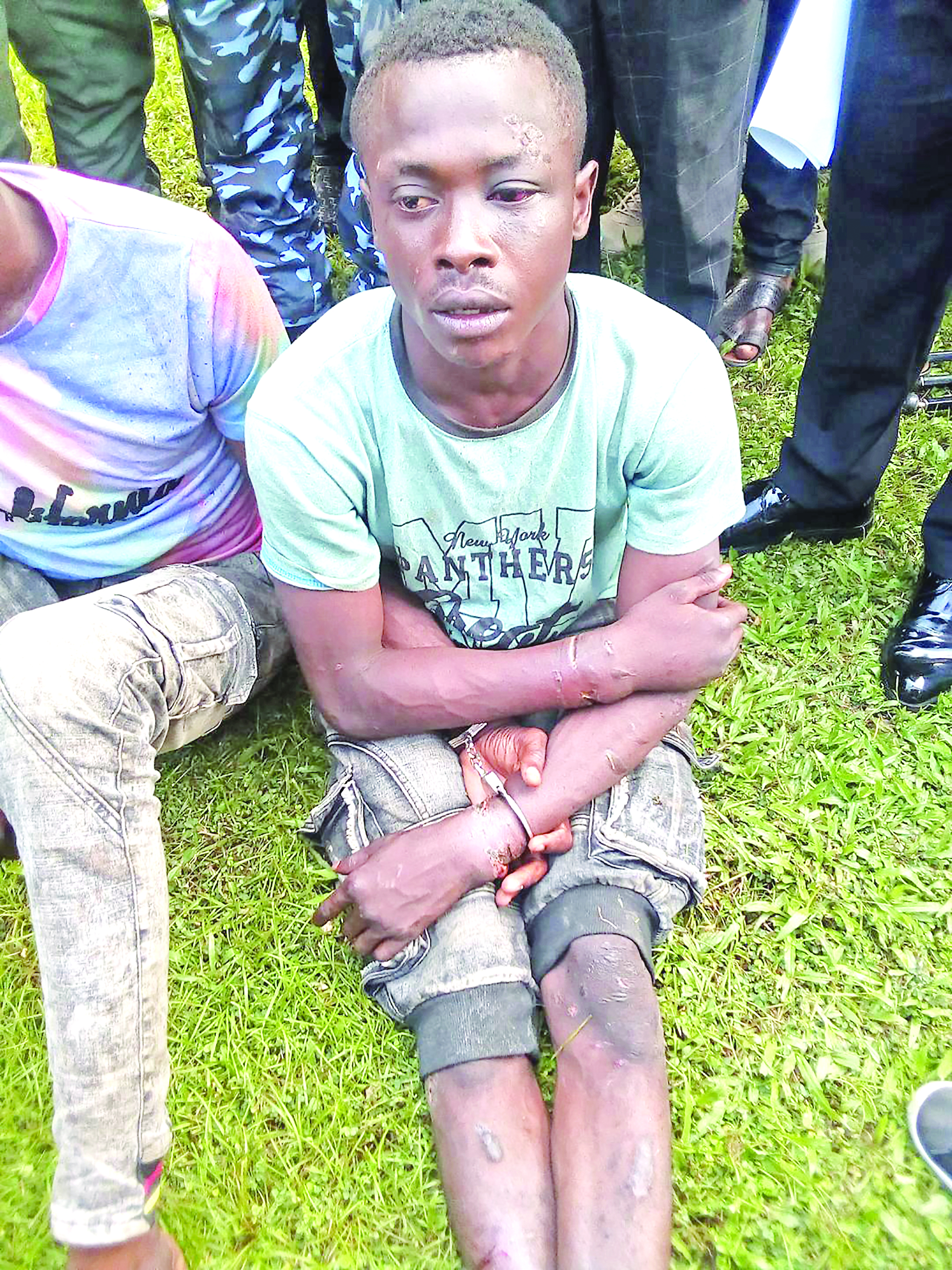 A 25-year-old Joshua Edet said he joined a kidnapping gang, as a teenager after his father abandoned them and his mother for another woman.

Edet, who claimed to be a native of Akwo Ibom State, narrated that he joined the criminal gang to meet up with responsibility of taking care of his mother and younger siblings.

The suspect spoke to journalists during his parade alongside 14 other suspects at the headquarters of the Rivers State Police Command in Port Harcourt. He disclosed that he has been involved in the kidnapping and armed robbery activities since 2011.

He also disclosed that his gang was responsible for the kidnapping and robbery activities that happen along East/West Road before his arrest. He confessed that guns and ammunition were recovered from him and his friend when the police stormed his hideout.

According to the suspect: “They recovered gun from our hands and took us to the station and tortured us to confess. My gang members include Azubuike Amadi, ThankGod, CSO, Presido.

“I cannot lie now that we have been caught in the evil act. We kidnap steadily. We have robbed in different locations; we have attacked Rumuekini, Rumuosi, Nkpolu, Rumuigbo, Rumuagholu, Rukpokwu, Choba, Alu.

“My father abandoned my mother and us for another woman. For many years I have been acting at the bread winner of my house, using the money from my robbery activity to take care of my mother and younger ones. It is the condition my father put us that forced me into this kind of evil act. I started robbery since 2011 when I was below 20 years old.”

The suspect, however, advised youths to stay away from every form of criminal activities, saying that the consequence of evil act is death.

He said: “My advice to young people is that crime does not pay because if there is benefit from it, I would not be arrested and tortured. Even if you do not see any work to do for a living, look for any rich man and plead with him to serve him, even as cleaner in his house to be paid.”

It would be recalled that Edet was paraded with 14 other suspects by the state Commissioner of Police, Mustapha Dandaura, at the command headquarters in Port Harcourt.

Briefing newsmen on his achievements barely one week in office, CP Dandaura said; “On July 14, 2019 at about 6.30pm, operatives of the Anti-Kidnapping Unit led by the Commander SP, Edward Shadare, while doing a follow up in a case of kidnapping, stormed a forest in Igbo Etche where one Oluchi Monday, who was abducted along Elele Ubima Road on July 7, 2019 was kept and blindfolded while negotiating for ransom.

“The kidnappers on sighting the police engaged them but a superior fire power from the police led to the safe rescue of the victim, recovery of large cache of arms and ammunition; death of one of the kidnappers and arrest of two of them, who were later identified as Joshua Edet, 25, and Chimile Friday, 25 years old.

“The two suspects have made useful confessions, including being responsible for all the attacks on the East/West Road, and attacks on Rumuigbo, Eliozu, Choba, Etche and Akpajo.”

In a similar development, operatives of the Inspector General of Police Monitoring team has smashed an armed robbery gang, killed two while others escaped with bullet wounds,

Speaking on the development, CP Dandaura said: “Operatives of the IGP Monitoring Unit, in a sting operation led by the Commander, CSP. Alex Udeze raided a black spot at Rumuodogo in Emohua Local Government Area, where the hoodlums on sighting the police engaged us in fierce gun battle.

“They were, however, over powered and in the exchange of gun fire, two of them, namely, Emmanuel Fyneface (a.k.a Blade) and Chika Chukwu (a.k.a Odogodo), were fatally wounded while others escaped with gunshot wounds.

“Two English Pump Action Guns and charms were recovered from the criminals. Efforts are on to arrest other members of the gang and recover their operational weapons.”