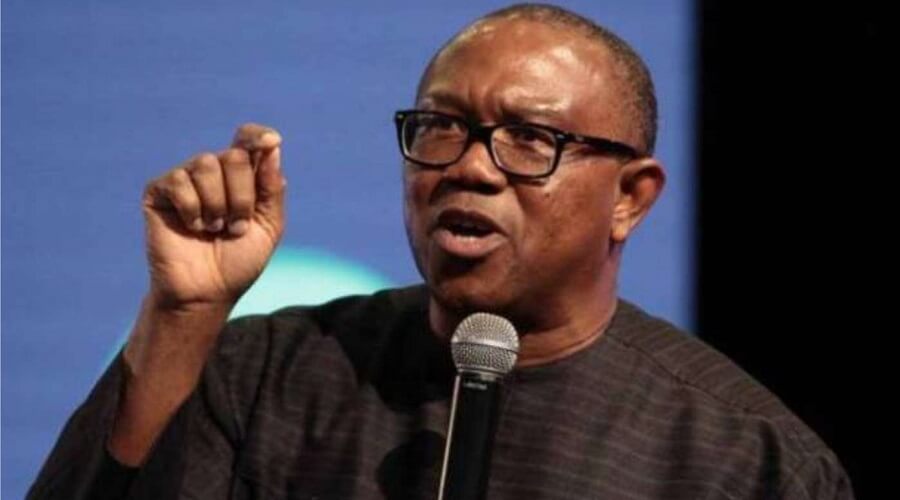 Mr. Peter Obi, presidential flag-bearer of the Labour Party (LP) has confirmed that he did not inform former Vice President Atiku Abubakar, before dumping the People’s Democratic Party (PDP), in May, this year.

Atiku, the presidential candidate of the PDP, had last week said on Arise TV, Mr. Obi, who was his running mate on the PDP platform in the 2019 presidential election, only informed him of his decision to dump the PDP three days after he actually did.

However, Obi has confirmed Atiku’s  statement as correct.

He explained, while appearing on Channels Television’s Politics Today, on Monday, that the reason he did not inform the former vice president was because he did not want people to dissuade him from leaving the PDP, adding that Atiku remained his respected elder brother.

‘Bishops’ who attended Shettima’s unveiling may be fake,…

“Yes, it is true. Let me tell you, Vice President Atiku remains my respected elder brother.

“His comments were true. When I left the PDP, I didn’t tell him and other respected people in my life, including my family.

“There is a tell in your life which you considered appropriate because you do not want people to talk you out of it, and this I did in the best interest of my future and Nigeria.

“Recall that when I left PDP, I said I would rather do the right thing and fail than do the wrong thing and succeed.

“That is why respectively, after one or two days after I took that decision, I elucidated it in a written message to him, saying I had to go because of the circumstances I found myself in and what I think was appropriate to do. And I know, knowing him, he respected my decision.”