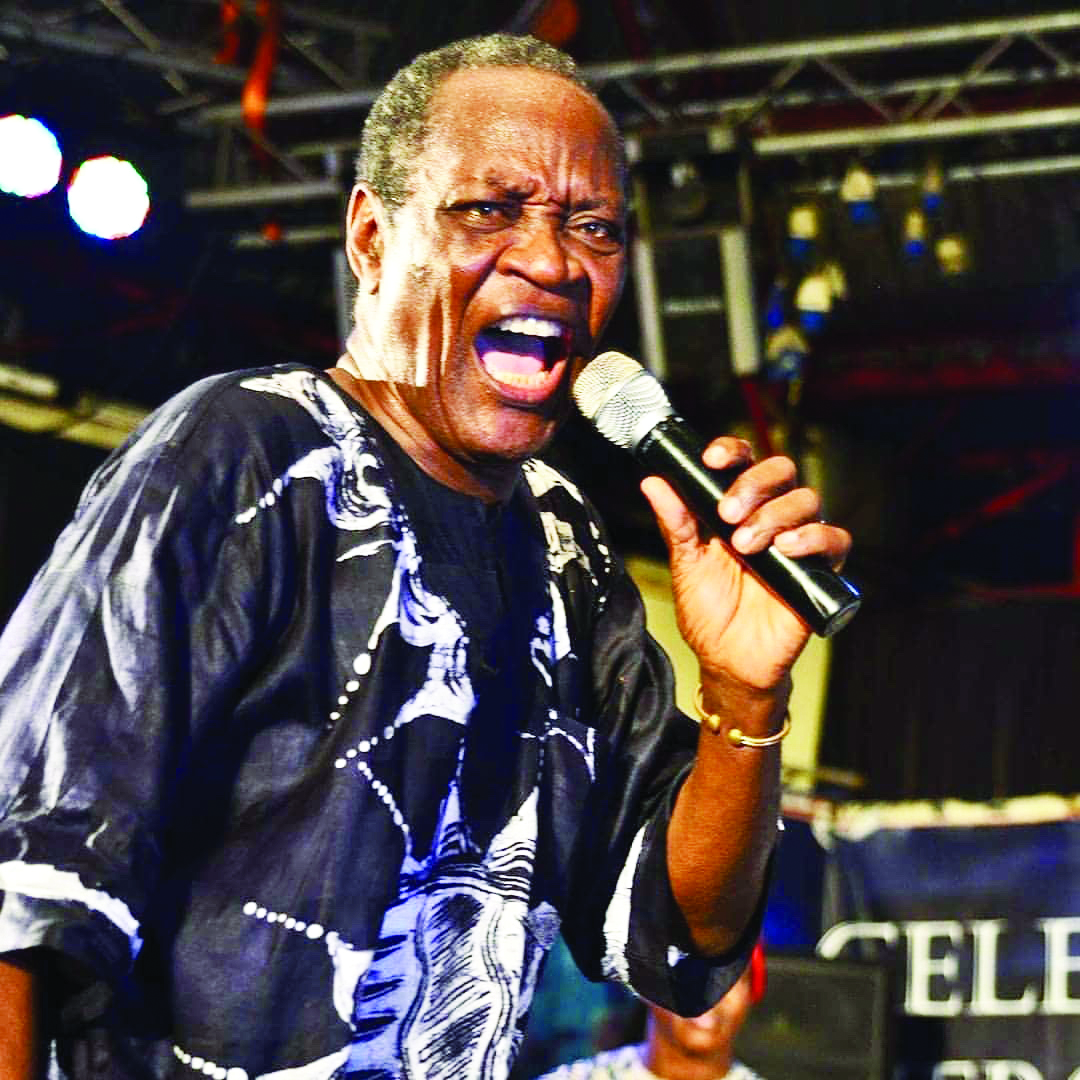 If you wonder why Jimi Solanke is most at home with folktales and the arts generally, it is because of his experience, as a child. Amazingly, he thought he was going to become an engineer. He spoke with YEMISI OLUSINA on his lonely childhood and why he is not today in that profession.

How would you describe your childhood?

I had a very lonely childhood. I mean not the busy and pampered type that most children of nowadays had. All the same, I was determined to make it in life and God actually favoured me. As a child, I was technically-oriented, I love to build and create things with my hands and so I thought I was going to become an engineer. Then, I would repair, dismantle objects and put them together. I used to do movies using candles, have other children watch while I played the role of a narrator. I never knew I could end up a performing artist. I just thought I was playing and catching some fun. I was the favourites of my mates and they all looked forward to my creative acts, which then, were just unpredictable. And I could mix freely with any of them. I had been part of a Muslim act known as Sukunobia before. This involved visiting houses to beg for alms with my Muslim friends. It is a first square thing with a candle stand built in it. All this while, I did not know the implications. I had no-one to tell me that all these are arts-related. I remain glued to my wish to become an engineer. To help me actualise this dream, my uncle who had a casting company then, made me the assistant technical officer just to build up on my dream and to make me understudy the job.

How did you now find yourself in the arts?

Well, I think it was all pre-planned by God. Much as I would go to my uncle’s workshop everyday, I discovered that I did not enjoy what I was doing. Whenever I got home in the evening and I saw my hands soiled in oil and gum, I would just shake my head and felt put off. Meanwhile, I was getting more popular with a variety show on the radio then and the accolade that was accompanying it was also soothing. At that point, I would do anything to avoid going to one paper printing press that would merely soil my hands. It wasn’t long before I started dodging work and others started repulsing my actions. I was reported to my uncle and his instruction was that I conformed to his wish or leave his house. He wouldn’t see any sense in what had suddenly taken me off my dream. Of course, I left and ended up in my friends’ house. There and then, my vision for theatre arts became clearer and achievable. His order provided the liberty I needed. I was linked up with the likes of Tunji Oyelana, Yomi Obileye, Yewande Akinbo and other top artistes within the shortest period of time, I started singing and getting recorded by Roy Chicago, Rex Williams, having credit as a song writer. I later got involved in drama.

And you never missed your engineering dream?

As a matter of fact, I later discovered that I was the one who saw my acts then as tilting towards the engineering career. We all misinterpreted it. It was a lead to art inclination in me. I did not miss leaving that workshop one day and I have enjoyed myself up till now. I don’t think I could be this famous if I were an engineer.

Your wife appears younger than you. Where is she from?

Well, yes, but we are in love and we have actually become age mates. Love, as we all know, does not discriminate. She is from Badagry in Lagos State.

Tell us how you met and what the attraction was?

I met her when I came back from America. I was working at the Department of Dramatic Arts when suddenly, I ran into her. Somehow, I was very angry at talking or having an affair with her but she was different. I had a lot of them, coming to visit me in my house but the first day she got there, she showed her uniqueness, all the leftover plates that other girls used, she washed without showing any hard feeling. I was surprised that a young lady like her could do all these. She didn’t even eat out of what she cooked. She cleaned the whole living room and the entire house. When she was coming the second time, she insisted on stocking the house with all the necessary foodstuff and the like. As far as she believed, we were wasting all our money on irrelevant things. She was not only furious about her findings in my kitchen, she was disappointed. She only found cartons of beer, empty crates of soft-drinks and containers. There was nothing inside. The Saturday after, she forced me to the market, bought some foodstuff and cooked soup and food for us to eat. She doesn’t eat outside, that was her reason and so, we went to the market and before I could mention Jack Robinson, we had bought stove, gas cooker and even fridge which only cost about N13, 000 in those days. I am talking about 1983. From then on, my house took a new shape, it became a place where I could come back to eat, have clean and already boiled water to drink and my life generally took a better turn. I thought this was getting serious and was actually helpless. That was how I got trapped. It was like caging a lion. She was so special. Even when other girls were inviting her out to the club, she would not listen. Eventually she was the one that stayed.

How has the journey been since?

I must tell you, it has been wonderful. I thank God for giving me someone like her. I wonder how life would have been without her. She is patient and ready to live with my faults. We are like a brother and sister.

Do you think Nigerian government sees the youths as their future leaders?

But they have always said it time after time and we all grew to be familiar with the statement that the youths are the future hopes of a nation. Aren’t they?

How do you think these youths can be helped?

The nation’s youth, like we have in all other developing countries are to be treated equally as the nation’s investment. It is not supposed to be some set of youths. It should be all of them. It boils down to the same story of corruption that has eaten deep into the skin of the nation. The corruption we are talking about here is everywhere and that is why everyone keeps thinking of himself alone. No one is seeing the other or his neighbour as his brother and so no one cares about what happens to the other. Amazingly, the youths that are not catered for by the government are always remembered when it is time for political rallies, campaigns and violence. It is so sad. And you see, these youths are helpless. They jump at such offers because they see it as an opportunity for them to partake in the popular say of ‘national cake’. This should not be so. Government should make adequate provision and preparations for the future of the country by investing in the youths and nurturing all our resources.

Our pursuit of excellence paying off –Princess Adebowale Odutola