Hunger drove me into music–Tim Godfrey 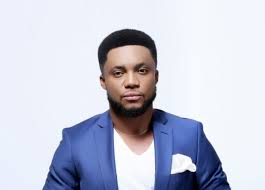 From living under the popular Oshodi bridge, doing menial jobs and now becoming an international brand gospel singer, Tim Godfrey has sure come a long way. He is undoubtedly one of the leading and successful gospel artistes in the country today. With a voice similar to top international gospel,

Kirk Franklin, Tim who now rates with notable brands like Mavin Sapp, Israel Houghton, J.J Hairston and Phil Thompson amongst others recently staged the fourth edition of his yearly concert, ‘Fearless’ with a large audience in attendance. In this chat with MUTIAT LAWORE, Tim speaks about his grass to grace journey, his successful brand, life as a onetime houseboy, his ideal woman amongst others.

You have become an international brand. Did you ever believe you could come this far?

I wouldn’t say that, because most times you work with what you see and what you know. I grew up in a place where there was no electricity, so, you will understand that there was nothing to give me an idea of what I wanted to become. For me, it wasn’t a function of knowing what I could become but a function of the fact that I could pursue my little dreams, using the gifts God gave me. Before music, I was a footballer. I had been to Pepsi Academy, I had done Governor’s Cup and I thought I was going to be a footballer until things changed.

All those while, nobody believed in me. I just did what I wanted to do with my music and I knew that nobody had the kind of style and pattern that was on my mind. Nobody could interpret music the way I did. So, I just focused on my gifts and I was pressing and pushing and, while I was doing that, doors were opening and people were beginning to love me. I was not driven by fame and fortune, so, I never saw all these happening.  I knew that there was a massive vacuum in gospel music and when we started, people told me that my style would not fly, that it was a waste of time and that Nigerians would not appreciate it.

How did you discover your talent?

I was one of those kids that did well at whatever I touched. I played football very well, same with table tennis. It was easy for me to get into football but I was always doing music by the side, like in the choir. I became a music director in 1994. In all of this, however, my focus was football. In fact, when I got to Lagos and was staying under Oshodi bridge, it was hunger that drove me into music. One day, when I was very hungry, I just barged into a church at Oshodi and told them I could handle their music and make it different. They did not answer me the first time, so, I began to attend their rehearsals. At the third attempt, they gave me a chance. Because I play five musical instruments including bass guitar, lead guitar and piano, I just mesmerized them. They were shocked. That was how they employed me and I remember my first salary was N3,000. A lot of people do not know my story. They think I just popped out of the blue and stumbled into success.

What will you consider as your turning point?

I think every part of my life, every experience, and every turn has been a turning point. When I was a houseboy too, when I was sleeping under the bridge and when I was selling coconut and bananas on the streets of Kaduna, every of these experiences added up as an advantage. None can be considered as a waste. All of them were used by God to build me up. Every mistake, disappointment, and everything that made it look like it was not going to work out, was part of God’s plan for my life. I think the most important thing is that, at some point in my life, I received Jesus Christ as my personal lord and savior.

Before getting to the present stage of your life, you did menial jobs including working as a houseboy. Can you tell us more about those experiences?

Working as a houseboy was not an embarrassing experience, but a painful one. I was always beaten and abused. There was no fun about the experience. I was flogged until I bled. I never stole and was not disobedient but it was not a good experience. I remember one day I ran away from my master’s house and I almost committed suicide. I was like ‘this life is not worth it. If I go back to my parents, this man will come for me again, because that was about the fourth time I was running away from his house’. It was a nightmare staying with him. I couldn’t watch television, listen to radio or play around with friends. I was just there washing, cleaning and sweeping. I became a houseboy at the age of 12 due to crippling poverty.

So how did you get to Lagos and slept under Oshodi Bridge?

My journey to Lagos was a very funny one. I was in Ahmadu Bello University and then I left for Madonna University. On my way back to Kaduna, I said ‘let me just take a look at Lagos, let me see what Lagos looks like’. I didn’t plan to come to Lagos, but that was how I came to Lagos, it wasn’t planned. That was why I ended up staying under the bridge.

You did a song with Travis Greene and it became a national anthem. How does that make you feel?

You see one of the essences of doing gospel music is to change the narratives and attract more souls to the brand, I want to attract international brand to my kind of music and not the regular forms of using English language in songs but going as far as promoting our culture and preserving our heritage. I never believed ‘Nara’ will travel this far and people love it for the fact that Travis spoke a bit of Igbo.

What is the secret of your success?

God has always been and will continue to be my strength. I don’t believe in magic or shortcuts. I work and I push myself to the limit. I challenge myself everyday to be a better version of who I was yesterday. I am committed, resilient and focused, learning from my mistakes and doing those things they say are impossible.

You are good looking; I guess there is a woman in your life?

Media and the way they put words into your mouth. I am not married neither am I in any relationship at the moment. I am taking my time and I am sure when the time is right, all will be set.

What is your idea of an ideal woman?

My ideal woman must first of all be God-fearing and family-oriented. I am not really bothered about color or language but she must be beautiful and also, because of the nature of the kind of work I am doing, she definitely needs to be very understanding.

The controversial tax debate: SHOULD CHURCHES PAY OR NOT?