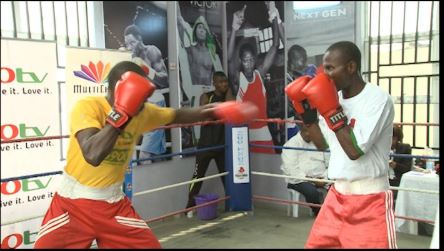 The tourney, which began on Tuesday and ends on Thursday, is holding at the Rowe Park Sports Centre, Yaba, Lagos.

Organised  by the Lagos State Sports Commission in conjunction with the Lagos State Boxing Association, the tournament has an objective of discovering talented boxers that will represent Lagos State at the 20th National Sports Festival scheduled to hold in Edo State next April.

Expected to feature over the three-day duration of the challenge are 150 male and female from boxing clubs affiliated with the Lagos State Boxing Association. The bouts are across 10 weight divisions.

Flykite Productions, promoters of GOtv Boxing Night, Ogunsanya decided to sponsor the challenge in appreciation of the significance of the amateur cadre to the health of the professional ranks to which it supplies talents.