How not to attack Bishop Kukah

Recently and for the umpteenth time, Bishop Matthew Hassan Kukah of the Sokoto Catholic Diocese was point-blank. Need I say that no one living in Nigeria today ever talks truth to power like him?

In the madness and potpourri of events, mostly sad and tragic that have afflicted Nigeria, Bishop Kukah passed a very strong [but not demeaning] message to the outside world: “The persecution of Christians based solely on their faith and not on any crimes they have committed poses one of the greatest threats to our existence and common humanity.”

The bishop’s statement to the Tom Lantos Human Rights Commission of the United States Congress, sounded too loud and clear to drowned by the humongous noise all over the space, both online and offline, as generated that same week by one Obi Cubana whose real name is Obinna Iyiegbu. His mother’s burial at Oba, Anambra State, was showcased in the most ostentatious manner you can ever imagine.

Bishop Kukah dwelling on the Nigerian situation at the religious freedom hearings in Washington, D.C. on July 13, 2021, and speaking virtually, narrated the ugly experience of the Christian community in Nigeria, and simply described it as a tragic culture of death. Nigeria, which undoubtedly is highly resourced, he said, is endemically corrupt and a combination of serious governance missteps, a  series of military coups, and years of maladministration.

In other words, a culture of violence has seriously slowed down what should have been one of the greatest nations on earth. The ugly development has left the people vulnerable to poverty, diseases, violence, and death.

Stressing that persecution of Christians in Nigeria has occurred at different levels with almost the same pattern, sometimes subtle, often outrightly violent and destructive, the bishop went on to cite a few examples even as churches, medical facilities, and presbyteries have been torched without prior provocation.

Kukah relayed, for instance, how two Catholic priests, Fathers Joseph Gor and Felix Tyolaha were murdered in 2018 with 17 of their parishioners while celebrating mass at their local church when gunmen stormed the place of worship in the Diocese of Makurdi, Benue State.

One cannot forget in a hurry January 2018 when four seminarians were kidnapped inside the Good Shepherd Major Seminary, Kaduna. After prolonged negotiations and payment of ransom, three of them were released while one, Michael Nnadi, from the Diocese of Sokoto was brutally murdered.

Bishop Kukah narrated that along with Michael in the same camp had been one Mrs Bolanle Ataga, a married woman and mother of two daughters who had been captured with her children. After payment of ransom, her two daughters were released. Two weeks later, her husband concluded negotiations for her return.

However, on the day of her release, one of her captors said that the only condition for that to happen would be for her to sleep with the leader of the murderous gang. In the words of her Fulani captor, she said that would be over her dead body and immediately he ordered her slain.

Bishop Kukah isn’t done yet as he recalled that in October 2019, two pastors with the Church of Christ in Nigeria (COCIN), the Rev. Joseph Duna Dacighir and Mr Godfrey Ali Shikagham, were slain by their captors for their faith.

In January 2020, the Chairman of the Christian Association of Nigeria (CAN), Michika Local Government of Adamawa State was also beheaded by ISIS, he narrated.

The list, he said, was very long but the incidents were indicative of the fate of hundreds of believers, especially in the northern parts of Nigeria were beyond the physical elimination of Christian missionary pastoral agents, other strategies adopted in the persecution of Christians are the total or partial destruction of church-related infrastructures such as schools, convents, health facilities, and presbyteries.

There are also cases of abduction of Christian girls, turning them into sex slaves, forcing them into marriages and forced conversions to Islam, among other nefarious actions.

But it was not all about Christian persecution. The erudite and highly cerebral Catholic Bishop pointed out that Muslims in the northern states have also suffered disproportionately in the conflicts in Nigeria, with the elite using religion as a tool for political mobilisation.

Kukah sadly said this is occurring after the President, Muhammadu Buhari, has continued to privilege Muslims in appointments in the country. No one, he stressed, expected that the Buhari administration would end up exploiting the support he received from across the country only to turn around and run such a nepotistic administration.

Among other things, he went on, the policy choices of this government have reversed the gains made in the area of peaceful co-existence and dialogue. 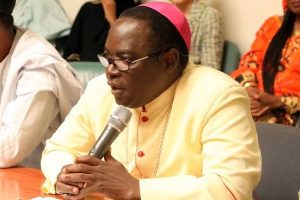 As always expected of the Buhari attack dogs, the highly respected bishop came under severe criticism. The nebulous presidency, it appears, never listens but sees every criticism against the government as an affront on the president. So boom, the Senior Special Assistant to the president on media and publicity, Malam Garba Shehu, lashed out at the influential cleric, accusing him of spreading falsehood with the intent to discredit the administration.

In a statement, Shehu said Kukah was doing his “best to sow discord and strife among Nigerians.”

In the statement released on Sunday, July 18, 2021, Shehu accused Bishop Kukah of falsehood, saying attacks by armed men stand condemned but are not targeted at Christians.

Yet, this is a government whose handling of the national security situation has been widely criticized, not just by Bishop Kukah but almost by any and everyone, to the point of calling for the removal of the security chiefs.

You know what? When eventually the pressure for their removal became too hot for the president to bear, he got them removed and rewarded them almost immediately with ambassadorial positions!

Therefore, there was nothing that Bishop Kukah said in that conversation that was not backed by facts. It is clear to even the blind that attacks and kidnappings by non-state actors have become commonplace in many parts of Nigeria. Many parts of the north are being invaded by bandits launching armed attacks at will.

It is an open secret that the Buhari administration mostly appoints into political offices like the security chiefs only the Muslim faithful.

And while you are free to say it is within his purview or that there is nothing wrong with doing that, no one would have noticed or complained if the people and the nation are not so terrorized by those they call bandits but who are capable of bringing down a military plane.

On Monday, July 19, 2021, the Nigerian Air Force confirmed the crash in a statement, saying there was no casualty as the pilot escaped the enemy fire. The crash, according to the statement by NAF spokesperson, Edward Gabkwet, happened on Sunday at about 12:45 p.m.

That incident makes it about the fourth air crash involving military planes in the last seven months. So who is winning the war?

But as I was saying, no one would have noticed the one-sided key political appointment tendencies of the Buhari administration if, as he promised, Boko Haram, which has held the northeastern parts under siege for over a decade, killing, maiming, destroying, and displacing whole communities, has been crushed.

Instead, it would seem no nation, even those places undergoing full-blown war, has the number of internally displaced persons within its borders like Nigeria, no thanks to Boko Haram and Fulani herdsmen terrorism.

Most importantly, no one would have noticed how nepotistic the Buhari administration is if the rate at which poverty is being spread is not stinking to high heavens.

Poverty remains high in Nigeria due to its dire social service delivery outcomes and lack of basic infrastructure, all of which result from bad governance.

The North which still has the worst indices of poverty, insecurity, stunning squalor, and destitution has continued to account for the largest percentage of the poor in Nigeria.

In fact, and according to a report of the World Bank, the North accounted for 87 per cent of Nigeria’s poor in Nigeria in 2016.

Titled “Advancing social protection in a dynamic Nigeria, the report released on January 28, 2020, clearly shows that social protection measures implemented by the government in Nigeria had not been able to address the high level of poverty, as well as the negative impact of conflicts and natural disasters in the country.

From all indications, nothing has changed for the better since then. Things have worsened, and as Bishop Kukah had maintained even before now, northern Nigeria, in particular, had become “one large graveyard, a valley of dry bones, the nastiest and the most brutish part of our dear country,” recording thousands of needless deaths of innocent persons in the hands of Fulani herdsmen, militia, bandits or Boko Haram militants.

The most annoying is that the same government that is spreading or unable to arrest the spread of this poverty, has completely wiped out the middle class, thus rendering almost all honest Nigerian workers poor, comes on television as if to mock the

impoverished with a combination of backward and harsh policies, spewing how many people it is lifting out of poverty.

The reality, however, is that Nigeria is now likened to a ship stranded on the high seas, rudderless, and with broken navigational aids…the moment that separates darkness from light and good from evil. No doubt, the country is at a crossroads.

Nigeria’s future hangs precariously in a balance and only the President, retired Major-General Muhammadu Buhari, who was voted for in 2015 on the grounds of his promises to rout Boko Haram and place the country on an even keel, can address the situation. The president had claimed then to be a born-again democrat, something that is hardly on display.

Therefore, attacks on Bishop Kukah’s position can only make sense if the president is keeping to his promises or even seen to be working in that direction. If he isn’t, and that is very glaring, the Presidency can shoot all the arrows in its quiver but that will never change the fact that today, he (Kukah) stands as one of the few good men or women in the position of leadership in the country that speaks truth to power.

No weapon fashioned against him shall prosper, so declares my Bible.

Bakare vows to lead a new movement against Buhari’s government