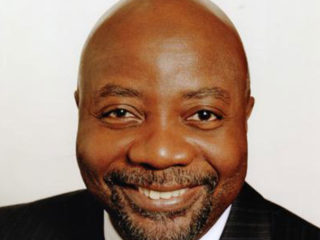 The Lagos State Government has achieved its aim of making the state a technology driven state with innovations that has helped to drive governance and economy of the state in the last one year.

At the Thursday’s ministerial briefings held at JJT Park, Alausa, in commemoration of Governor Babajide Sanwo-Olu’s one year in office, the state’s Commissioner for Science and Technology, Mr. Hakeem Fahm, said that the  state is fully committed to leading in ICT for greater good of the  state and the country.

He added that “50 MDAs now operating fully on the LASG CBS application.”

He said that the upgrade has helped to optimized the current network to reliably and securely support new and existing applications and devices.

It has also increased network availability, performance and security of the LASG Campus Enterprise Network, while at the same time stabilising its ICT environment for a smarter Lagos State.

According to the commissioner, the improved online solution was evident in the First Ever Virtual Meeting, held by the Lagos State Executive Council, which was first in the history of governance in the State and in Nigeria, in the wake of the Coronavirus pandemic.

He said the meeting, which was was held via Zoom, was shared for up to 100 people.

“In order to ensure public services are delivered despite the overwhelming population the state is faced with, the State recently launched two aerial unmanned aerial vehicles (UAV), commonly called drones which would help in digital mapping and accurate planning, in line with the State’s vision of achieving a Smart City Status,” he said.

On his part,  the Special Adviser to the Governor on Innovation and Technology,   Mr. Tunbosun Alake, added his office focuses on three cores which are  Innovation,  Technology and  Masterplan, with the aim “to develop the Lagos State Science Research and Innovation Policy and create the Lagos Solution Hubs.

He disclosed that the state government approved the sum of N250 million seed capital for technology and innovation, tech start-ups and young innovators.

The fund was meant to “assist those in the Information and Communications Technology (ICT) industry push their entrepreneurial skills to the next level and  also help in conducting researches that would solve issues of national significance.”