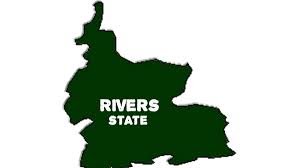 Rivers State is reeling in shock with the reported exhumation of the corpse of the late Chairman of Asari-Toru Local Government Area of Rivers State, Odiari Princewill, who died of COVID-19.

It was gathered that gunmen suspected to be natives of Buguma, hometown of the late Princewill, exhumed his remains and escaped to unknown destination.

Some gunmen reportedly invaded Port Harcourt cemetery, shooting sporadically into the air, and dug up the coffin bearing the remains of the fallen LGA Chairman, as shocked mourners walked away.

The gunmen, who complained about the shabby burial of Princewill, escaped with the coffin through the Bille waterside jetty in Port Harcourt.

However, there are reports that the Rivers State government has deployed troops to ensure that the exhumed body of the late chairman of Asari-Toru Local Government Area is not brought into the area.

Princewill had on Thursday died of COVID-19 and was immediately buried by officials of Nigeria Centre for Disease Control (NCDC) at the Port Harcourt cemetery according to the COVID-19 burial protocol.