How Akunyili was killed as controversy trails his death 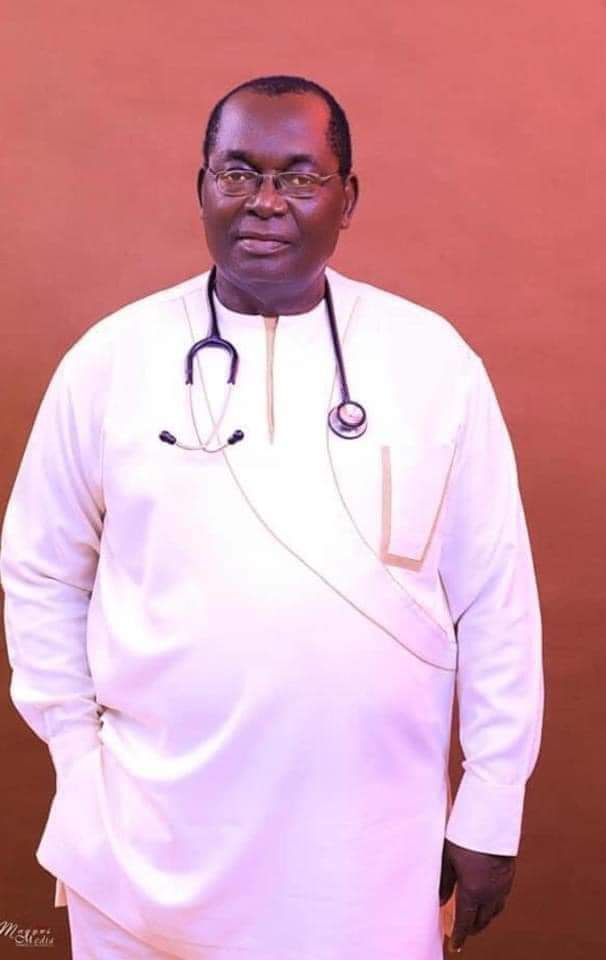 While the death of Chike Akunyili, a medical doctor and husband of late Dora Akunyili former Director-General of National Foods, Drugs and Administration Control (NAFDAC) is being blamed on unknown gunmen, others said he was killed by herdsmen.

Also, many said he was killed by the Indigenous People of Biafra (IPOB) who were enforcing election boycott in Anambra State.

IPOB supporters have refuted the allegations that Chike, who is well known because of his late wife, was killed by IPOB members, more so, as there was no sit-at-home always ordered by IPOB on Tuesday.

Cyril Akunyili, younger brother of the deceased in a now deleted Facebook post said his brother was killed by IPOB.

“IPOB killed my brother. Why? Husband of Dora Akunyili is dead. IPOB Why on a Tuesday?” He wrote.

IPOB is yet to react to the allegation.

Nigerian online newspaper, The Peoples Gazette, said the medical doctor was killed by herdsmen. The newspaper did not give further details but quoted a family source who said Dr Akunyili was killed alongside his driver and police orderly.

Nigerians on social media are, however, divided over who killed Akunyili.

Somto Okonkwo blamed herdsmen for the death of Akunyili.

“Dr Chike Akunyili, Husband To Late Prof Dora Akunyili Was Shot Dead By Killer Fulani Herdsmen In Anambra State On Tuesday Evening. Some Igbo Efulefu’s And NDI IBERIBE Are Blaming IPOB For His Assassination. Their Hate For IPOB Will Always Cloud Their Sense Of Reasoning. RIP SIR,” he said.

Ibekwe said he was killed by IPOB members who were enforcing an election boycott in Anambra State.

“IPOB members and their defenders will still come to say it was the DSS that killed Dora Akunyili’s husband.

The man was gruesomely killed by IPOB members enforcing their inane election boycott and attacking vehicles suspected to be used by politicians in Anambra,” he said on Twitter.

Mr Akunyili was returning to Enugu from a meeting in Onitsha when the gunmen opened fire on his vehicle, killing him instantly with his driver and police orderly, according to family sources interviewed by Peoples Gazette on Wednesday morning, the paper claimed.

The remains of the three had since been deposited at the hospital ahead of burial and police investigation. 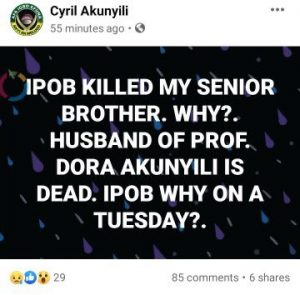 Mr Akunyili until his death was running St Leo’s Hospital, one of the biggest in Enugu. He graduated first class and spent his professional career treating citizens across the country, including many on charitable grounds.

“He was travelling along the Old Onitsha Enugu Highway when they struck,” a family said under anonymity because he was not asked to publicly comment on the matter until a formal statement has been issued, People’s Gazette reports.

Mr Akunyili lost his wife to cancer in 2014. He was survived by their six children.