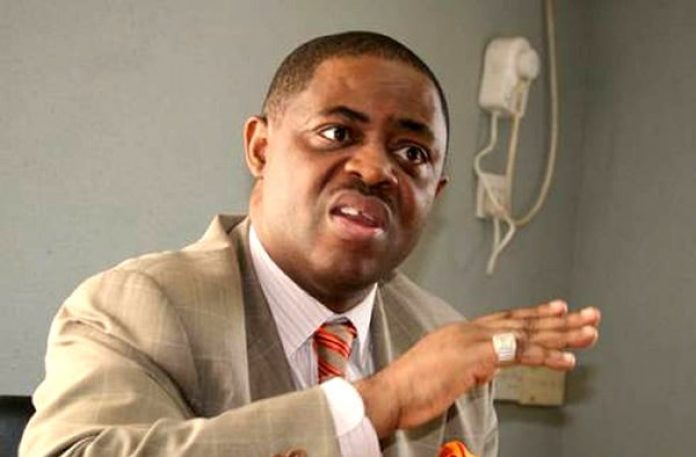 But for the intervention of the late Chief of Staff to President Muhammadu Buhari, former President Olusegun Obasanjo and his former Chief of Army Staff, Theophilus Danjuma, would be in jail as far back as 2018, says former Aviation Minister, Femi Fani-Kayode.

In his blog, Fani-Kayode said many people did not know the stellar role the late Kyari played in the government of President Buhari.

According to Fank-Kayode, Publisher of Sahara Reporters, Omoyele Sowore and former National Security Adviser, Sambo Dasuki, would all be in jail by now but for the intervention of late Kyari.

“I know all this and about each case because I was involved. Once that man gave his word on any issue he always honoured it to the point that even the reactionaries and hardliners in the Government he served wanted to discredit him, implicate him, get rid of him and even kill him,” he said.

Obasanjo, in a series of letters to President Buhari, had told him to resign and not to contest the 2019 election.

Danjuma made very strong allegations of collusion by the military in the killings then going in Benue and parts of the country.

He said Kyari was responsible for the release of funds for the Second Niger Bridge and the Enugu airport in the southeastern part of Nigeria.

He said the intervention of Kyari saved the town of Oraifite in Anambra State from being overrun by soldiers when they went to arrest Ifeanyi Ejiofor, lawyer to members of the Indigenous People of Biafra (IPOB).

“I can also tell you that when the police, with elements of the military, attacked and killed IPOB youths and literally burnt down half of Orifite in Anambra State, the hometown of my friend and IPOB lawyer, Mr. Ifeanyi Ejiofor, Abba, in collaboration with Umahi and Ugwanyi, was instrumental in putting a stop to it.

“I know because I was involved and I asked them all to intervene. On that occasion they saved lives and I can bear witness to that. So can Ejiofor, ” he said.

Fani-Kayode, who has been an unrelenting critic of President Buhari’s government made exceptions for the late Kyari and said not many people knew that he was responsible for holding the country together while he served as Chief of Staff to the President.

Contrary to popular belief, Fani-Kayode said the late Abba Kyari was not the leader of the so-called cabal in the presidency.

“Despite that he was quite happy to be labelled as this Government’s “Dark Angel” and “fall guy”, even though both tags were totally inaccurate and inappropriate 0 He was also quite prepared to take the blame for every evil under the sun simply because he was deeply loyal to the President.

“Never mind that much of the time he was fighting off those in the Government who hated his guts and who saw him as a stumbling block to gaining unmerited favour with the President or to their thieving ways, ” he said.

In a related development, Publisher of TheCable newspaper, Simon Kolawole, in his tribute said Kyari was very much misunderstood by many because of their hatred for Buhari.

Kolawole said unbeknownst to many people, Kyari was far from being what people called him. He said he was never involved in the MTN bribery allegation and that he was not even a member of the resolution committee constituted to look into the matter.

Kolawole’s position was corroborated by Foreign Affairs Minister, Jeffrey Onyeama who said he confronted Kyari with the bribery allegation and was shown members of the committee which he was not part of.