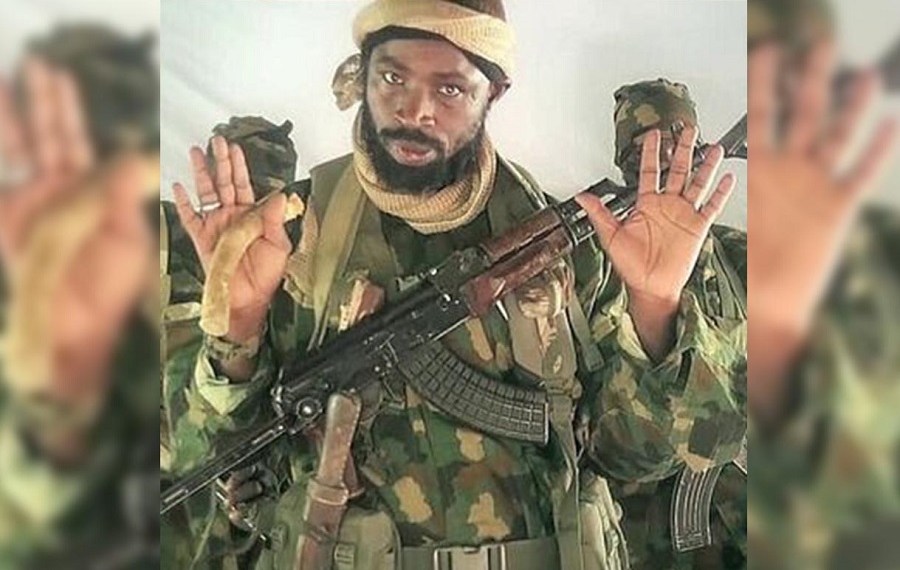 Many media platforms had reported that ISWAP fighters armed with sophisticated weapons had penetrated the infamous Sambisa Forest from different fronts and surrounded the place Shekau used as a safe sanctuary for years.

They reportedly killed many of his fighters and forced him to surrender.

Signal from security sources indicated that when Shekau discovered that it was the end of the road for him, and ISWAP fighters had directed him to relinquish his position as the grand amir and successor to the founder of the group Mohammed Yusuf, he opted for suicide by detonating the explosives he strapped to his body.

However, the AFP news agency reported that when Shekau reached the point of no return as he was surrounded by ISWAP fighters, he shot himself in the chest, fell on the ground while bleeding profusely but was whisked away to an unknown destination by some of his surviving loyal fighters.

Impeccable sources told the Daily Trust that most of the fighters that fought for the defeat of Shekau on Wednesday were aged between 12 and 30 years.

“They are actually children of some ISWAP members killed over time,” one of the sources said.

According to him, “Others are youths sourced during raids on multiple islands around the Lake Chad. The ISWAP carefully selected the youths. It was therefore much easier for recruitment as some of the youths willingly joined the group and others were forcefully conscripted.

“Some of them were born during the wartime and others were very young when their parents joined the group around 2002. After their parents died because of illness or confrontation with Nigerian troops, the children naturally took over and when the group split into two in 2016, those that moved on their own or forcefully taken to the shores of Lake Chad under the umbrella of ISWAP had an upper hand in terms of training because they were taken to Libya for training in guerrilla warfare and other purposes.

“Others were sent to Syria and Somalia… “They were taken to many countries abroad for training. However, those that came back especially between March and April this year took active part in confronting Shekau in the last few days. They launched a serious offensive alongside other top commanders and fighters already on ground and they succeeded in taking over,” he said.

Another credible source said some of the 300 youths were trained as “medical doctors, paramedics, engineers, IT specialists, bomb specialists and mechanics.”

He added that among them were women “who serve as nurses or cooks while others have gun-handling skills, meaning they can partake in combat operations.”

He said after their return from abroad, they were camped at a village called Shuwaram in Kukawa Local Government Area of Borno State.

Another source said ahead of the invasion of Sambisa by the factional group, one of the top commanders of the Islamic State of Iraq and the Levant and his lieutenants had visited the shores of the Lake Chad in company of ISWAP leader Goni Mustafa.

“The entourage were seen on two boats with ISIS flag. Some of those in the entourage were light-skinned people possibly from Libya or Syria. It was only Mustafa that was black. They first visited Marte before they proceeded to Sabon Tumbu.

“They also visited Kirta, Kusuma and Kwallaram where they held meetings with commanders and other fighters,” the source said.

The source said after the strategy meeting, the visiting terrorists left and since then, the ISWAP fighters started mobilising ahead of launching attacks on Sambisa Forest.

“Some of them gathered at Kurnuwa, Kayuwa and Tumbin Jaki before they launched the offensive. They had RPGs, GPMGs and AA guns on some vehicles,” he said.

He added that the attackers also moved their “vulnerable women and children” from the Marte area to some locations around Kukawa.

Another source said before they aimed at Sambisa Forest, the ISWAP fighters were responsible for the recent attacks in Damasak, Marte, Mainok, Dikwa  and Maiduguri towns in Borno as well as in Geidam in Yobe State.

“They did not target civilians in most of their attacks; rather, they launched attacks against constituted authorities including security forces. The group handpicked and killed people perceived as enemies such as members of a volunteer security group, CJTF.

“On the other side, Shekau and his followers operated from the southern parts of Borno State, mostly around the Mandara Mountains, Sambisa National Park and the Alagarno forest. The group had carried out several deadly attacks on its targets including civilians. Shekau was strict on his followers and did not tolerate rebellious behaviour…He had killed several of his renegade commanders and that was why many of those alive ditched him,” he said.

Why ISWAP opted for Sambisa

Daily Trust gathered that before the ISWAP fighters moved en masse to Sambisa, military operatives had launched several attacks on their hideouts in the northern parts of Borno State while air raids continued unabated.

“The military had sustained onslaught against the group which has its hideouts in the semi-arid landscape with sparse vegetation. Their enclaves are being decimated and with time they will have no hiding place,” he said.

A source said the group allegedly resolved to dislodge Shekau with the intent of relocating to Sambisa and the mountainous areas to evade air attacks by the military jets.

“It was not difficult for the group to locate and launched an attack on the Shekau-led base in Sambisa. There was fierce confrontation before Shekau succumbed and agreed to negotiate with ISWAP commanders. It was during the meeting that an explosion occurred and it was not clear whether or not Shekau was among those killed in the scene,” the source said. He said it was likely that Shekau had survived the offensive and fled to another hideout.

“He had survived several attacks in which he was proclaimed dead,” he said.

The source said some of the followers of Shekau who were forced to flee the violent confrontation had sought refuge in different locations in the forest and were ready to pay “deep allegiance” to anybody declared as overall leader.

A security situation report trending on social media said Shekau must have been killed during the struggle.

“Furthermore, Duguri informed Sulum that the two sides also lost some fighters during the shooting…”

Meanwhile, Nigerian military had reportedly placed all Borno State commands of the Nigerian Army and Air Force on alert.

We’re yet to get information on Shekau’s death – Military

When contacted, the Nigerian military said on Thursday that it was yet to get any information about the reported death of Shekau.

The Director, Defence Media Operations, Brig.-Gen. Bernard Onyeuko, told one of our correspondents via a text message that he didn’t have information on Shekau.

“Sorry, I don’t have information on that,” he said.

A security expert, Kabiru Adamu, in an interview with Daily Trust, said irrespective of whether Shekau was killed or not, what is obvious is that the faction was growing in strength in terms of their operations and activities.

“What it means for the military is that they are allowing ISWAP to increase their strength in terms of their operations and their activities and therefore sending a wrong message to the groups that are active in terrorism.

“That wrong message is clearly telling people who are choosing the military and those groups, with the emphasis that it is better for them to choose those groups because they are stronger than the military as it were,” he said.

He said penetrating Sambisa was the long-term mission of ISWAP towards establishing a caliphate in the Lake Chad basin.

“If they are allowed to have that type of freedom they have had, to the extent of going to Sambisa and killed Shekau, it means they want to start actualising that objective of establishing an enclave and that will foretell the significant consequences for Nigerian people.

“In the first place, it will be very good that we should not be conclusive, even though there are several platforms claiming Shekau is dead. We should still wait for confirmation from ISWAP.

“If it is true that they are the ones who killed him, they will publish it in their magazine, Al-nahaba and several other platforms. They publish such things, I haven’t seen that yet.

“If it turns out that he has been killed truly, we should expect a couple of things. Firstly, his top commanders that are still alive will have a choice of either joining the group that killed him – ISWAP or to break out and form their own group. If that happens, it is likely we see the proliferation of smaller groups as against the former single one.

“Secondly, irrespective of whether he was killed or not, what is obvious as a group is growing in strength, and we all know that ISWAP is affiliated to the global jihadist terror group called Islamic State (IS) and we have seen what IS had done in Syria and Iraq.”

Reports say that Shekau took over Boko Haram, formally known as the Jama’tu Ahlis Sunna Lidda’awati wal-Jihad, after its founder Muhammad Yusuf was killed by police in 2009.

He is (was) instrumental to the killings of thousands of people and displacement of over three million in Borno, Yobe and Adamawa states over the years.

An offensive since 2015 by Nigerian troops backed by soldiers from Cameroon, Chad and Niger drove Shekau and his fighters from most of the areas that they had once controlled.

Some fighters including the late Mamman Nur broke away in 2016 and formed the   ISWAP. They anointed Abu Musab Albarnawy, the son of late Yusuf as their leader.