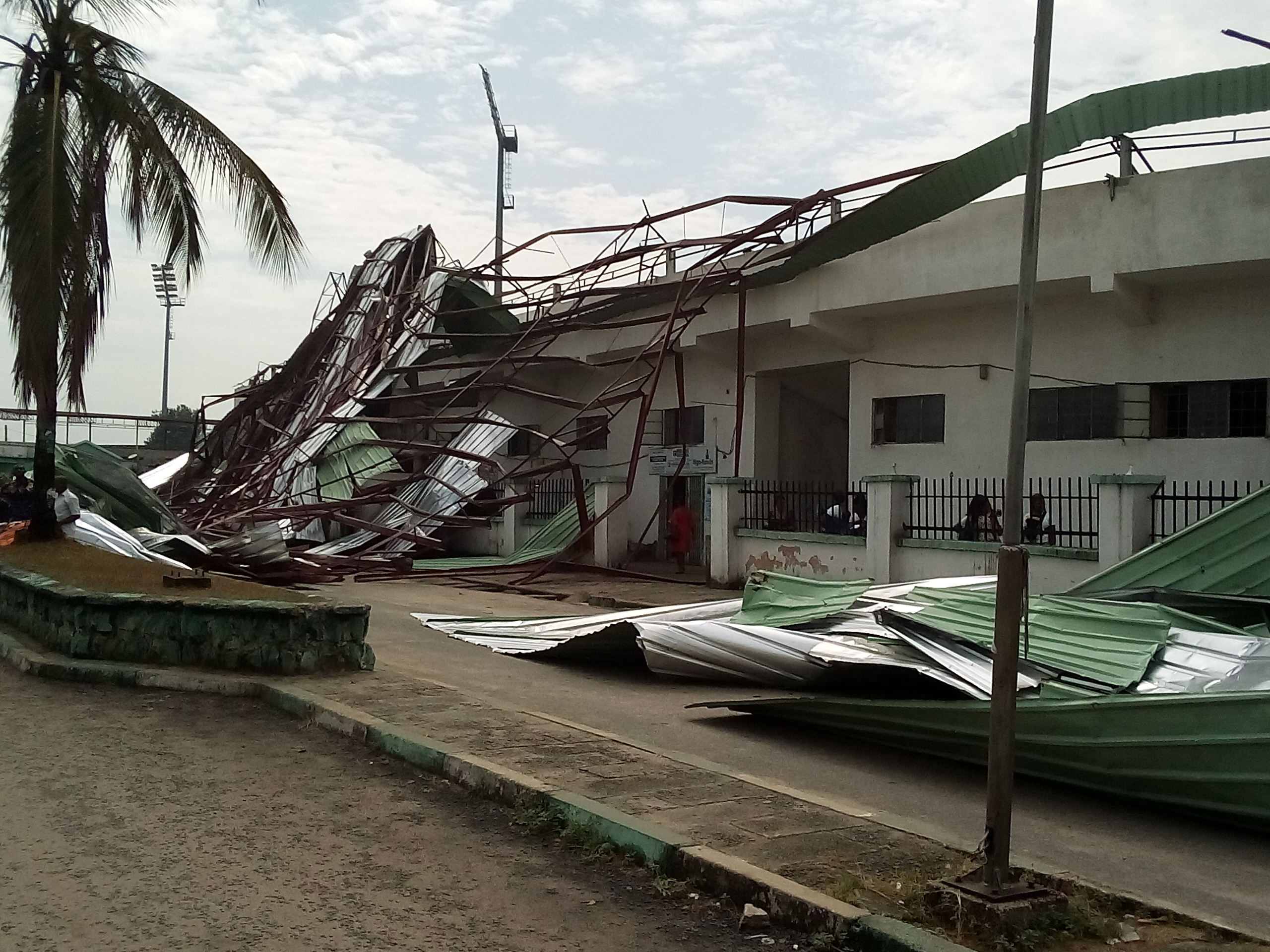 The building roof of the Grasshoppers International Stadium, Owerri have been destroyed by a thunder storm following a heavy down pour that wrecked havoc in the city of Owerri, Imo State.

The thunder storm accompanied with heavy breeze affected the side view of the stadium building by destroying the entire roof.

The incident occurred few minutes after the Supreme Court in Abuja delivered it’s judgment dismissing an application filed by the former Governor Emeka Ihedioha asking the court to reverse their earlier judgment.

Although no life was lost, trouble started when the heavy rain which began by drizzling later  on intensified forcing people into their houses.

People especially athletes in their different beat training inside the stadium as well as those selling under the building scampered away for their dear lives when they noticed the sound of the thunder and heavy breeze.

The Nigerian Xpress visited the scene and saw the destroyed roof materials scattered on the stadium road thereby blocking one side of the road.
Before now the stadium had already been billed for renovation following an award of contract entered into by Hon. Emeka Ihedioha led administration with contractors.

During the time of Ihedioha, renovation work have already commenced at the Dan Anyiam stadium.

JUST IN: Youths protest in Kano over alleged blasphemy against Prophet Muhammad