Hajj: Guide your pilgrims on acts of worship – S/Arabia appeals 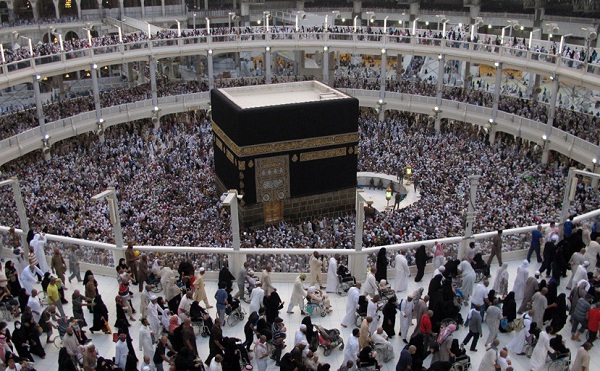 Sheikh Abdul Rahman Ibn AbdulAzeez Al Sudais, the designated Chairman/Chief Executive Officer of the two holy mosques in Madinah and Makkah, has appealed to Hajj missions in Saudi Arabia to guide their pilgrims to remain focused on acts of worship.

The cleric, who made the appeal in Madinah during a meeting with countries whose pilgrims are in Saudi Arabia for the 2019 Hajj, said that the main reason of the pilgrims’ visit to the Kingdom of Saudi Arabia (KSA) was not to be involved in any form of political activity.

The Madinah office of the National Hajj Commission of Nigeria (NAHCON) quoted the Saudi official saying this in a statement in Madinah on Wednesday.

The Sheikh reaffirmed the commitment of KSA to give equal opportunity to all Muslims to perform Hajj once they comply with Saudi rules and regulations.

According to him, such rules and regulations are normally sourced from Islamic jurisprudence (Shari’ah).
The top official also admonished all pilgrims to respect the supremacy of Saudi aligned school of thought, once in the Holy land.

According to him, rulings under the Saudi support school of thought take precedence on general activities over those of other countries or individuals while in the Kingdom.

He further enjoined pilgrims to project the good image of their countries and urged representatives of the Hajj missions to extend goodwill message of Custodian of the two Holy Mosques to their respective pilgrims.

Meanwhile, 19,081 pilgrims from Nigeria have so far arrived Madinah as at Wednesday, according to NAHCON. (NAN)

But for Senate tradition, I’d have made Akpabio sweat – Abaribe declares

80 per cent of Zamfara lawmakers below 40 years – Speaker