Hajj 2019: Pilgrims warned against taking drugs, others to Saudi Arabia 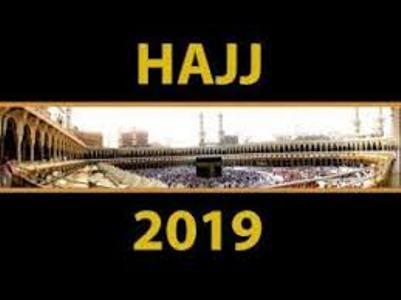 As inaugural flight of intending Muslim pilgrims to 2019 Hajj exercise in Saudi Arabia commences on Wednesday, Chairman, Nigerians in Diaspora Commission (NIDCOM), Hon. Abike Dabiri- Erewa, has warned them to resist any temptation to take hard drugs to Saudi Arabia, reminding them that it attracts death penalty.

In a statement by NIDCOM’s Head of Media, Abdur-Rahman Balogun, Dabiri-Erewa said despite repeated warnings and workshops for intending pilgrims, it is disheartening that some Nigerians still ran foul of Saudi Arabian laws.

She recalled that some Nigerians caught with hard drugs in the last few years are still on death row in Saudi Arabia, pleading with pilgrims to shun the shameful act.

The NIDCOM also reminded the pilgrims that kolanuts and prescription painkillers in large quantities have been banned in Saudi Arabia, and if found, attract severe penalties according to new Saudi Arabia regulations.

She said the Federal government through the National Hajj Commission of Nigeria (NAHCON) and various state boards have made adequate arrangements to attend to the medical needs of the pilgrims in Saudi Arabia.

Similarly, she said the Saudi authorities have free medical centres in all the nooks and crannies of the Kingdom equipped with all drugs for their medical needs.

She, therefore, urged the security agencies and other para-military stationed at the various departure centres in Nigeria to screen the pilgrims before their departure to Saudi Arabia.

Dabiri-Erewa also advised Nigerian pilgrims to be good ambassadors of the country by portraying Nigeria in good image and pray for peace, unity and progress of the country in the Holy land.

Over 65,000 Nigerians excluding the private operators are slated to perform 2019 Hajj exercise in Saudi Arabia.

Saudi Arabian authorities had warned Nigerian pilgrims alongside others not to bring prohibited drugs, foods and items to the country.

“All those who intend to perform Hajj are, therefore, advised to adhere strictly to the Saudi rules and regulations on prohibited items,” NIDCOM said in the statement.