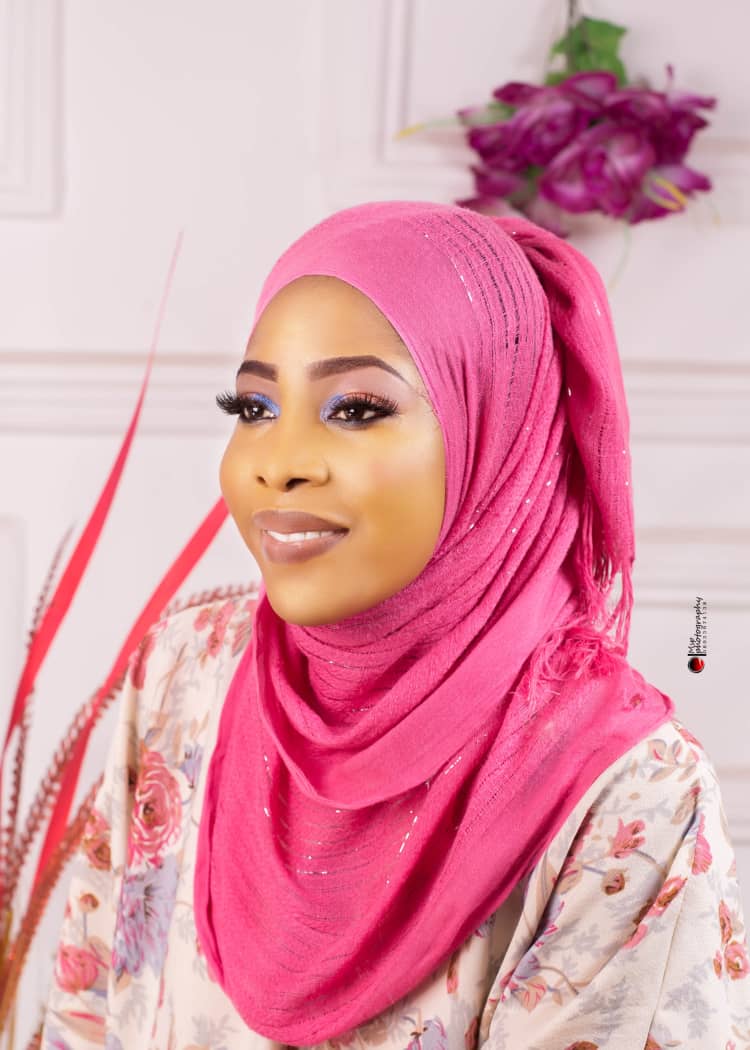 Come Sunday, March 6, 2022, the people of the ancient town of Iwo in Osun State would be treated to a beautiful rendition of the latest Islamic songs from a 25 year old pretty thespian, Hajia Taiwo Kabirat Hormoajao Bewaji. It is the day the portably built graduate of Music from the Federal College of  Education (Special), Oyo, Oyo State has chosen to launch her first album-BIBILOPAPO in a 3-in-1 ceremony that will take place at the JBO Hotel and Suit, Iwo and the time, according to her is 10 a.m prompt.

The velvet tone singer, in a chat with entertainment writers at her base in Iwo enthused that lovers of music, particularly of Islamic genre in Osun State and its environs would be in for a fun filled weekend that would remain in their memory for a very long time to come.

The 3-in-1 event, she disclosed will feature (1) Omobewaji Day (2) Launching of her first album and (3) Award presentation to some deserved dignitaries, who were chosen by a committee based on their credibility, honesty, service to humanity and patriotism.

READ ALSO: http://Buhari’s Presidency: As the Debate on Who Contributed in Making Buhari President in 2015 Rages on

Speaking further, the vocal but polite singer revealed that she never inherited music from the family saying she is the pioneer singer in her family. Even her twin brother, Kabiru is not into music. Her words: “I am the pioneer musician in my family. Even my twin brother, Kabiru, is not into music. I just have passion for it. And I believe that, through it, I will become great in life in sha Allah.”

While informing reason for her family’s supports for her chosen career, Hormoajao said the support was borne out of the fact that Islamic music is the type of vocation that does not tilt toward waywardness. According to her, her family cherishes good name and abhors any vocation that can tarnish the members’ image.

Audacious pursuit of goals and the  Nigerian women –…

Speaking further, Taiwo Kabirat said she picked interest in Islamic music in 2011 as SS2 student at the Anwarul- Islam Grammar School, Oluponna, Iwo, Osun State. Although she is single, she however quickly added, “I am not searching because I don’t want detraction at the initial stage as total focus and full concentration is the magic of success.”

In spite of her not searching does not mean that men are not making relationship overtures to her to which she said, “I handle them politely with maturity as they come because it is natural for men and even women to move towards the opposite sex.”

Talking about a Role Model, she informed that the rave of the moment among the female Islamic crooners, Aminat Omo Ajao whose stage name is, Obi Rere is the Role Model she is looking up to, as somebody she wants to be like in the industry. Though she informed that she has never met her Role Model, the budding star said her fans have been saying it repeatedly that she sings like her. Reason she is looking forward to a day they would meet, embrace and hug as daughter would do to her mother.

On marriage, Kabirat sounded philosophical, saying, “one thing at a time, so when we get to the marriage bridge, God will direct us how to cross it.”

On Gate Fees, Kabirat said, it is partially free because no money would be collected at the gate but her music lovers and fans must come in an Ankara uniform that goes for just N2,500. Concluding, the celebrant said the first and second consignments of the uniform had been exhausted, assuring however that, “more consignments would be available before the D-Day.”